7 Best Web Development Tools You Need to Know About Today web development is a very important proposition for any business to begin with. The sheer volume of internet and its accessibility is ever increasing at an astounding rate every year. This gives HTML, CSS, and JavaScript a lot of importance in the programming world. The exponential growth is also making web development even more complex, so we need more tools to keep with the technological trends.

In just a few years we have been able to use highly tested libraries that are improving our workflow and providing greater possibilities when it comes to responsive web designing. Today, we can integrate different functionalities of software programs using an improved version of web development tools. For instance, browser add-ons and plug-ins are making it relatively easier for the developers to design websites. From creating plain text pages to complex Web-based applications, social network applications, and electronic business applications, we are increasingly harnessing the utility of these tools.

With this incessantly evolving practice of web development process, finding the best tools can sometimes become a daunting task for the programmers. Thus the following is a collection of some of the most comprehensive web development tools:

An advanced implementation tool, Pattern Lab is a pattern-driven design tool that allows front-end developers to concurrently work on the theming/styling. This tool is based on the concept of Atomic Design, according to which the developers are able to break their designs into smallest and most versatile entities called atoms. These atoms, in turn, combine to form bigger reusable components called molecules. The closest example of a molecule could be a social share widget where each of the social icons and links would act as a separate atom. The groupings of molecules from the organism that can then be turned into usable templates. The templates are generally put together with organisms to create a page template for more final pages. Finally, pages are the end result of the above elements to generate final work.

Task runner is the tool that can execute tasks based on specific criteria. Basically, it sets up a task that runs every time so that you do not have to explicitly recompile all the time. As a matter of fact, the process of website development is repetitive. The steps that most likely get repeated in the projects are – compilation, unit testing, linting, concatenating files, and browser refreshing. Fortunately, using Task Runners the above activities can be easily automated. There is a bunch of important task runners in use: Brunch.js, Gulp.js, Broccoli.js, Cake.js, Grunt.js so on and so forth that are built in Javascript. Grunt.js is most widely supported Task Runner, which works by reading Gruntfile that contains your task configuration is a Javascript Object.

jQuery is an essential front-end language tool for developers, which is by far one of the most popular Javascript libraries with installation on 65% of the top 10 million highest-trafficked sites on the Web. It is designed for the purpose of simplifying the client-side scripting of HTML. It makes the website more attractive and interactive. It is small, fast, and light-weight, as well as its cross-platform attribute, supports different types of browsers. jQuery has the following important features:

An acronym for “scalable language”, Scala is a general purpose and supports object-oriented, functional, and imperative programming that doesn’t have the concept of primitive data. Scala allows the programmers to construct elegant hierarchies for maximum code reuse and extensibility. It is a pure object-oriented language in which every value is an object and every operation is a method call. It supports advanced component architectures through classes and traits. Scala is a fully functional language despite its fairly conventional syntax. It is a robust web development tool that has a library with efficient immutable data structures, which allows a gradual, easy migration to a more functional style. The ability to run on JVM, Scala can be mixed with Java irrespective whether they reside in different projects.

Apache Couch DB is being referred to as “a database for the web”. It is an open source web development tool that allows the programmers to store documents and data in the cloud with JSON documents. The tool further indexes combine and transform the documents using Javascript. The main feature of Apache Couch DB is that it allows you to access your data by defining the Couch Replication Protocol (CRP). The CRP lets your data flow seamlessly between server clusters to mobile phones and web browsers. The CRP compatible software includes – Pouch DB, Cloudant, and Couchbase Lite.

Sass stands for Syntactically Awesome StyleSheets, which is arguably the most useful extension of CSS. This web development tool allows programmers to use a variable, nested rules, inline imports, mixins, selector inheritance, and much more. It is great in keeping things organized by creating stylesheets faster. Following is a list of some important sass tools that are used in web development:

Play Framework is an open source web development tool that is used for building web applications with Java and Scala. It is so much development friendly that one only needs a browser and text editor to use it. The latest versions of Play Framework include Java API that follows the modern view controller (MVC) architectural pattern. It was designed to enhance developer productivity with the help of convention over configuration, hot code reloading, and display of errors in the browser. This tool has the following features:

The above-mentioned tools are among the best ones that are used widely. This is not to suggest that anyone should stop his or her quest to find and use even the better ones. However, the challenges that come with modern web development process can easily be mitigated by the above tools. Most of these tools are free, except for some add-ons that you might as well want to buy. So check out these tools and get to know how they improve your web development experience. 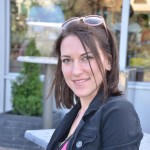 What’s a Developer Evangelist & Does Your Company Need One? What Are the Latest Trends in Full-Stack Web Development?