How can Biometric Keep Your POS System Safe? Payment frauds have increased a lot since the last decade, and one of the major reasons for these frauds is the use of unsafe systems by various businesses to process payments of their customers. The card numbers, CVV, passwords, and otp numbers are not enough nowadays as hackers have grown smarter over time as well. None of your data is safe without the use of advanced methods, which cancels out the probability of wrongful access to your financial information. One of the most advanced methods that reduce the risk of illegal and illegitimate payments is using Biometric sensor. It is one of the most secure ways to have your data protected against hacks and other illegal activities. because it requires your fingerprint to confirm if you are authorized to execute a transaction or not.

Biometrics is being implemented in many fields of work like banking, KYC, mobile security, and the most recent in Point of Sale systems. POS systems are the hub of all the transactions happening in a retail store, and securing it is the prime aim of every merchant. Although a POS system is something that couldn’t be hacked easily, the concern is always there looming over the owner’s head. To have this threat eliminated, the use of biometric in the POS system has started. These systems are specially made to tackle various problems in which impersonation, identity theft, and fraud take place. The current generation biometric sensors are so advanced that it is had to penetrate, either electronically or physically.

Biometric in POS systems, can prevent most of the problems, including:

A Biometric system is not only a security system but an extension of your POS, with many more possibilities than just securing the system. It can be used to complete gesture-based tasks such as uploading downloading resources, assigning tasks, managing attendance, and much more.

Biometric systems might be a bit costly but it makes your information and customer data secured. Having installed it with your POS system will be good for your business as the extra layer of security it provides. If you are looking to secure your financial transactions and prevent another kind of store theft, opt-in for the Biometric sensor with your Point of Sale system. 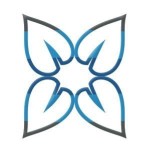 How POS Payroll Helps In Your Business Growth Kitchen Display System: 5 Key Benefits of Having in your Restaurant Restaurant POS Hardware You Should Know About