Businesses have a plethora of options when it comes to deploying phone services. Many still opt for the traditional landline system, which has been a staple in homes and offices for decades.

But many businesses are transitioning into digital-based phone systems, especially cloud-based phone systems through cloud providers on a subscription basis. Voice over Internet Protocol, or VoIP, is the technology that lets you make and receive calls over the internet.

This year will mark the first time that VoIP systems will outnumber on-premise phone systems in American workplaces, according to data from Statista.

What’s driving the transition to VoIP systems? Cloud-based communications offer a number of advantages over traditional phone systems, including the ability to continue using phones in disasters or downtime scenarios.

Perhaps most important, VoIP systems are easy to deploy and can be seamlessly integrated with CRM tools, email, instant messaging software, and many other applications that power workflows.

Moreover, cloud-based phone systems such as Microsoft Teams, which is a part of Microsoft’s Office 365 suite, allow you to access network applications — technology like auto-attendant, videoconferencing, call routing, and other communications tools — that might otherwise be prohibitively expensive.

Cloud-based systems also offer a level of flexibility and mobility that modern businesses increasingly need in order to stay competitive. Today, cloud providers host servers across a number of locations, so geographic redundancy is built into the service. If call volume increases, you can simply add more extensions and then deactivate them if volume declines. Because you pay for only what you need and because cloud providers charge less per minute than landline providers, you stand to dramatically reduce the cost of both local and international calls.

However, a cloud-based phone system doesn’t make sense for every business, and there can be downsides. Connection and call quality depend on an internet connection, so the loss of internet connectivity results in a loss of phone service (though you can adjust your settings so that calls still hit your voicemail or route to a cellphone in the event your internet is down). In addition, not all providers allow for customized features, and add-on services can vary among providers.

The Mechanics of Cloud Calling

With a hosted PBX service, your entire phone system — including auto-attendant, voicemail, and any other features — is hosted in the cloud. That means you don’t really have to worry about disaster recovery: Even if your local server goes down because of a nearby disaster, the phone system software in the cloud won’t be disturbed. It also means your staff members can successfully make calls from anywhere there’s an internet connection, which is a huge advantage if you rely on a remote workforce or a team that’s dispersed over a large geographic area.

On-premise SIP-based PBX relies on a protocol that enables VoIP calls to also carry video and other unified communications applications, such as desktop sharing, web conferencing, and shared whiteboards. Whether or not your PBX is hosted on-premise, it uses SIP to connect to the traditional public switched telephone network for making VoIP calls.

On-site staff manages servers for SIP-based PBX. If you take this route, you’ll be responsible for purchasing and maintaining a SIP “trunking” service, which would otherwise be maintained off-site by a hosted-PBX provider. You’ll also have to secure a backup in the event your primary server is damaged in a disaster. That backup can be a secondary on-site PBX, a cloud-based PBX system, or another backup that allows the use of VoIP no matter the circumstances.

What to Consider If You Want to Make the Switch

If you are considering switching from an in-house phone system to a cloud-based service, you’ll have to transition more than just hardware. Work through the pros and cons list to know whether it can make sense for your business. Here are the four most important considerations you should keep in mind as you decide:

A traditional phone system requires phones, servers, network upgrades, and implementation costs, among others. You pay for a lot, and it’s almost inevitable that the system will fail at some point in the not too distant future. All hardware has an expiration date. Still, if your business doesn’t rely on phone or telecommunications, the cost for ongoing services might be minimal.

Consider the expense of replacing the current system against the cost of a cloud-based system. In most cloud phone system installations, the only capital expense comes with purchasing the IP phones. After that, your main cost will likely be a monthly subscription for the cloud services.

Most providers base charges on the number of users and include unlimited local and long-distance minutes in the price. Other variable costs — such as utilization, software upgrades, hardware upkeep, and licensing — usually don’t affect price in cloud-based systems.

If you do decide to go with a cloud-based phone system, make sure that you completely understand your provider’s pricing model. An unanticipated price increase can quickly erase those other cost savings.

Ultimately, your workers will be most affected by your decision to switch phone systems. If you have remote workers, they can easily access a phone system based in the cloud, which eliminates premises-based limitations. It’s just as easy to route calls to an employee’s home as to an office desk. Plus, voice features such as voicemail and call transfers to other business extensions work just as well in the cloud as on landlines.

The rub, though, is that your employees will need to be comfortable and effective at using the VoIP system. You’ll likely need to provide training and support, and you can expect some degree of frustration as employees learn the system.

If you’re interested in upgrades and new feature implementation, a cloud-based phone system can supply them — no effort needed on your part. The service provider is responsible for the maintenance of the software and hardware, relieving you of that burden. Updates and system upgrades take place automatically, and new features are integrated over the air as they become available.

When you’re relying on a traditional landline, any local disaster could potentially bring down your phone system — and you never know how long it will take to get your phones up and running again.

When your phone system is in the cloud, the redundant geographic location of your services means it’s highly unlikely that your phone system will be affected by catastrophes that occur locally. However, your office won’t be able to connect to your cloud-based system if your internet line is down, so you should budget for a secondary internet line as a failsafe.

As you think through each of these points, remember that the quality of your cloud-services provider will make all the difference. If you have some idea of what you’re looking for in a cloud-based phone system, a good cloud provider can give you a free or low-cost consultation to help you determine the best solution for your needs.

Have you recently moved your own business’s phone system to the cloud? Share your experience in the comments below. 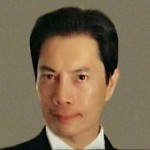