7 App Review and Rating Mistakes An App Publisher Should Avoid To say App Developers are desperate for 4 and 5-star ratings  would be like saying Gandhi was desperate for democracy. It’s given, the success of an app rests on Star Ratings to a greater degree. In other words, better ratings empower your app with better discoverability, downloads, updates and in-app purchases at the app stores.

Without good a good app review and rating, an app’s existence has no meaning at all,  because lowly rated apps disappear from the app stores in no time.

According to a recent survey conducted by Apptentive, 59 percent of people usually or always check the ratings before downloading an app, of which 96 percent  consider downloading an app ONLY with 4-star ratings, nothing less, while apps with 2-star rating have a meager 15 percent chances of download.

So, the bottom line is : Get a grip on your app reviews and ratings if you really want your app do perform well.

Here are 7 app review and rating mistakes that developers and publishers should avoid at all costs if they are really keen on fetching star ratings from their users.

Well, requesting your user to review your app right at launch is like requesting a reader to write a book review even before he has opened the book. Huh? Yes, such things happen, and it pisses users off big time. So, avoid it at all costs if you do not want to kill your app within a few days of its launch.

The  music streaming service Rdio, for instance, made the same mistake. The devs had got the  “Rate Me” feature up front. Not surprisingly, such blatant request for reviews had a baleful effect on the users. Not surprisingly, the app faltered and eventually shut shop.

Requesting a customer review after he or she had gone over some of its finest features, such as listening to some popular songs or something similar, would have worked in Rdio’s favor. But then, the developer, it seemed, was too eager to extract reviews from the users to care about the user experience. Not surprisingly, the developer ended up paying a huge price for his lack of empathy.

#2. Avoid Rating Prompts When the User is In the Middle of Something

Avoid pestering users when they are in the middle of something.  As in, when they are launching an app, or retweeting something, or wanting to upload an image on their Facebook page, don’t irk them with review prompts.  “Hello” prompts, with messages such as, “Could you spare some time to review our app,” can be compared to playing with fire. If you were present in person, I mean, in front of that harassed user, you would have got some really good shouting, if not a whack on the rear.

If Rdio got it all wrong, Ember got it all right with its feedback system. Ember is an app that helps designers and artists compile, collect, and more importantly, make sense of their ideas. The app has set up such an awesome feedback system, that it might act as a precedent of sorts for other app makers to follow.

When other app makers are sitting pretty over their simple, straight-jacketed feedback pages with an email address or phone number thrown in for good measure, here’s an app that goes out of its way to ask its people, how do they feel about their in-app experience –  whether they are Happy, Confused or Outrightly Unhappy.

Agreed, post launch reviews are hard to come by. But then, barren review pages are not at all a welcome sight. So, rather than waiting for some user to write a review for your app, get your act together. Rope in a trusted network to review the app. This can even be your beta testers who already are well-versed with your app functions.  And the best bit about getting an app reviewed by beta testers is that the review will be more credible than by any random user. Or, for that matter, you can even try to influence your professional peers to download and review your app.

Which app doesn’t suffer from performance issues? Bugs are a regular affair in almost all apps and so are negative reviews and ratings. But then, negative reviews, shouldn’t be taken personally, rather the developer should focus on righting the wrongs.  In fact, some reviews come as a saving grace for the developer. Loaded with information, developers don’t have to look elsewhere, but these reviews to make required changes in the app.

When Instagram was released last March, though the app received a mind-boggling 57.2% 5-star reviews, the devs were harried about the 11%  1-star reviews. The 1-star reviews stood for additional features, which were more or less loathed by the users, besides the problem areas found in the app. And thanks to these 1-star reviews, Instagram people addressed these issues in a couple of months time, bringing the negative ratings down to 2.7%  while 5-star ratings stood at 68%.

#5. Avoid Responding to Feedbacks *In your Own Sweet Time*

Of course, corrective measures require time. But then, avoid sleeping over them.  The faster you respond to a user feedback the better.  Because this will attract more reviews, better reviews and better ranks in the process.

But then, you should know the right time to gain the best ratings and feedbacks. For feedbacks, developers can try using custom-made forums. Third-party SDKs like Uservoice are again a good option.

Asking for feedback is no doubt the right way to rake in maximum reviews.  That said, avoid making it a one-sided affair. Users love to hear from their developers directly. So, as a developer, take some time out to connect with your users. Tell them, how their reviews helped them in making improvisations in the app.  Once you inform them about the importance of their review, it will become easier for you to persuade them for future reviews.

Tricking the review process has its own downfalls. In all probability, your app can be removed from the store or you can even be expelled from the developer program. Google Play, so far, hasn’t laid down guidelines with regard to the penalty for buying reviews. But they keep a check on both your app reviews and daily user count. If your downloads count increases suddenly, thanks to some buying hack employed by you, but then if your app doesn’t make good on the promises made, negative reviews are sure to totter your way. At that point, chances of Google Play penalizing you are more, in the form of lower store rankings and all.

Avoid these aforesaid app review and rating mishaps, if you really want your app to do well in the app stores.

Do you know of any other review and rating blunders that could hurt app rankings in a disastrous way? Go on, use the comment box below to help us know too. 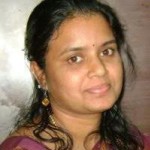