5 Mobile App Development Trends Which Will Dominate in 2016 The world is going mobile! The increased use of mobile devices for various reasons has propelled several innovations in terms of mobile apps. We have seen the creation of mobile apps for mobile security, fitness assistance, hiring cabs, online shopping and in many more niches.

Additionally, recent times have seen the emergence of gadgets like smart watches and Google Glasses that are compatible with smartphones and the related apps. The mobile apps industry has also seen an increased focus on technologies like cloud computing, big data, and Internet of Things (IoT).

Since it is the beginning of 2016, it is the ideal time to evaluate the emerging trends of mobile app development that were observed towards the end of 2015. Some statistics shared by Statista about online shopping indicate that around 22% of the retail eCommerce sales in the U.S. were generated through mobile devices in 2015. Also, according to the same report, this m-commerce sales figure is expected to rise to 25% in 2016 and 27% in 2018.

The above figures only take into consideration eCommerce apps and we are all well aware that mobile apps are also targeting various other areas.

You would agree that iOS has always been a platform that has paid the most attention to security in general. This is one of the reasons for the high prices of Apple phones and even premium iOS apps.T his trend is likely to continue for iOS mobile app developers in 2016, even with iOS 9 and further versions.

The most likely change we may expect to see concerns Android mobile app developers. As a platform, Android has always been considered a less secure platform compared to iOS. However, with the latest Android version (Android 6.0 or Marshmallow), it seems as though security has become a major focus point.

As per a Gartner report of 2014, 75% of the mobile apps were expected to suffer due to basic security glitches in 2015 and this proved to be true. So, the focus of your mobile app development team should automatically be on security for 2016 and the years to come. Only then will app users be able to confidently use apps without worrying about their personal and confidential information leaking.

A global survey titled Developer Economics: State of the Developer Nation, Q1, 2015 of more than 8,000 mobile app developers was conducted by Vision Mobile in the early part of 2015. One of the key insights of this survey was that 43% of the mobile app developers focusing on enterprise apps were making more than $10,000 per month. In comparison, only 19% of the app developers focusing on consumer apps were making a similar income. The percentage of developers making enterprise apps and earning over $10,000 per month is 18%, which is double the percentage (only 9%) of developers making consumer apps.

Clearly, enterprises are paying more for applications that are developed to leverage the most out of their products and services. So, it is obvious for mobile app developers and mobile app development companies to focus more on enterprise apps, which will enable them to generate significant revenue.

#3.  Cloud-Driven Apps to Be the Way Forward

The year 2015 saw an interesting relationship emerge between cloud computing and mobile apps. Their association led to the delivery of centrally coordinated apps to any device. This trend is likely to continue in 2016, because cloud technology is here to stay as it offers numerous benefits. With cloud support, app developers can retain the small size of mobile apps. This allows them to deal with the management of bandwidth and any memory issues.

The cloud also allows app developers to sync their apps across multiple devices. This has become a greater requirement with the advent of wearable tech gadgets, such as the Apple Watch and Samsung Gear. The numbers are already huge, as Apple is currently offering more than 10,000 apps for the users of Apple Watches. This number will continue to grow in 2016 as well. And, with cloud compatibility, wearable devices and mobile devices can sync easily in term of their apps and even app extensions. So, many future mobile apps could be driven by the cloud.

Wearable tech devices, such as Google Glass and iWatch, have shown that IoT will open up greater opportunities to include advanced features in mobile apps, going ahead. For example, there is currently a concept of a smart car that will require a connection to traffic signals through some application systems. The sensor of the signal will provide traffic directions or alternate route directions, accident alerts, weather conditions, and so on. All this emphasizes the fact that mobile app development is going to be at the heart of IoT.

Furthermore, even though the IoT is more consumer based at the moment, it will be leveraged for commercial as well as industrial use. And, to add to this, IoT is also set to be adopted by, or integrated into, several enterprises (some may have already begun), which gives rise to the need for related enterprise app development.

#5. Increased Focus on the Swift Programming Language and Beacon Technology for iOS

Apple has come up with a new programming language called Swift. It is designed as both an application language and a systems language. Also, built on the modern compiler infrastructure, this language offers most app developers the opportunity to write reliable code right from the start. As per the report published in Apple Insider, Swift was made available as part of the Xcode tools.

This report further indicated that Apple’s CEO, Tim Cook, claimed that this set of tools was downloaded more than 11 million times in the first month alone. Now, that demand has grown ever since and there are speculations that this programming language will become open source at some time in the future.

A good programming language that is still relatively new to the world is very much in demand. The iOS developers are gearing up to gain an expertise over Swift language so that they can start developing apps for iOS, OS X, watchOS, tvOS, and so on.

Beacon technology is another emerging concept for iOS developers. In fact, it has been rolled out for iOS and is even expected to hit the Android platform soon. This technology helps to merge offline and online differences for the finance, event management and retail sectors. It will continue to give benefits across a range of industrial sectors, including retail, education, entertainment, healthcare, real estate, and hospitality. Mobile app developers thus have a massive opportunity to introduce apps with functionalities that can prove to be of valuable support for beacon technology.

We hope that the above listed popular mobile app development trends for 2016 will prove to be useful to you and your business. Do you have any questions or points to add here? Please feel free to leave your comments below! 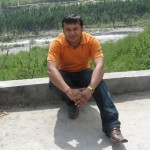