If you want to know the do’s and don’ts of interacting with customers on Social Media, primarily Facebook, then read on.

Facebook is adding something users and the company’s leadership have pushed for a long time. “Some people have asked for a dislike button because they want to say, ‘That thing isn’t good,'” Zuckerberg said in December. “And that’s not something that we think is good for the world. So we’re not going to build that.”

But that tune changed with an

The consequences of a dislike

Dislikes could have consequences that dictate how content is posted and organized on Facebook. If the algorithms that build your feed start taking dislikes into account, unpopular posts or opinions might be quickly buried.

As a business, you don’t want to limit your audience based on opinion unrelated to your product or services. You also want to see as much as possible in your news feed, so you can comment and interact with as many potential customers as possible, following the purpose of social media, and being, well, social.

The danger in liking certain posts and commenting is in the Facebook algorithms themselves. Facebook wants each user to see what they like, to provide a positive User Experience (UX), but this liking tends to introduce a certain cognitive dissonance or confirmation bias. As defined by Science Daily, this is the tendency to “search for or interpret information in a way that confirms one’s preconceptions, leading to statistical errors.” Simplified,  the more your business “likes” things, the less often things you have not liked will show up in your newsfeed.

How should businesses respond? Here are some simple ways to keep variety in your news feed, keep from alienating potential customers, yet respond in a timely and appropriate manner to posts on Facebook pages specifically.

In two personal experiments, Wired writer Matt Honan liked every single post in his Facebook news feed, while Medium writer Elan Morgan did just the opposite, and stopped liking anything, but rather left comments instead.

In a Venturebeat article, the two were compared. “While far from conclusive, these two personal experiments are highly suggestive. Facebook’s algorithm is tuned in a way that makes it respond to likes by giving you more of what it thinks is related — and those suggestions are usually driven by brand marketing. Stop liking things, and Facebook eases off the marketing messages, letting your friends’ updates come to the fore.”

If you like an post, link, article, or status, comment on it instead of hitting the like button. Your response will not only feel more personal and organic, but you will introduce fewer filters into your news feed.

Don’t Use the New Dislike Button

The first reason for this is the same as the one above. Although it is not certain, it’s likely the dislike button will have a similar impact on your news feed that the like button does: Facebook will begin to hide things you don’t like and show things you do.

There’s another simple reason. As a business, you want to present a positive image to your customers and potential customers. Using the dislike button not only shows you think negatively about something, but you reinforce to your followers that the practice is okay. They’ll be more likely to dislike, and therefore eventually hide, your social media content.

Thirdly, there is the fact of “social revenge.” If you dislike a post or comments, the consumer will often dislike yours, or simply unlike and leave your page. Because of the nature of social media, that same user can negatively impact a businesses reputation with or without factual cause.

Again, social media is about being social, and interacting with your audience, which consists of your customers and potential customers. Talk about what your audience wants to talk about, and they’ll be more likely to interact with you and your brand.

Also, when you do comment, don’t just tout the benefits of your product or service. Be sure to focus on the customer and how your product can positively impact their  lives, if you mention your product at all. Sometimes, sales flow naturally out of a conversation held at the right time and the right place.

Do Respond in a Timely Manner

Whether a customer posted on your page, commented on your post, or sent you a message, it is important that you reply as quickly as possible, and that your response is personalized.

In a recent article titled Five Social Media Rookie Mistakes, number four states: “Social media is all about building relationships with your customers.  You aren’t going to build meaningful relationships by setting up automatic responses.” A robot sounds like a robot, and a person sounds human. Take the time to formulate a personal; response to each interaction.

In a publication from the fourth annual Euromed Conference of the Euromed Academy of Business, Vijay Kanabar, Associate Professor at Boston University presents a study titled “Company Integrity Management In The New Social Network Environment: A Study Of Small, Medium And Large Firms On Facebook And Twitter.” The results of the study of 99 companies, 33 small, 33 medium, and 33 large, measured response time and quality of the response (active, neutral, or none). While it’s often assumed having a presence on a social network is something firms simply do of the 99 companies, six small, eight medium, and four large size companies had no Facebook site.

The average reply time (of those responding) for large firms to a Facebook posting was 5.9 hours, medium was 3.5 hr small the average was 2.25 hours. While small companies responded faster, the quality of their responses usually neutral rather than positive, or even better an active, value added response.

What this indicated was that although businesses recognize the importance of a social media response, it was often not timely. The low number of positive or active responses shows few of the companies had resources dedicated to handling social media platforms.

As a business, you can expect to counter complaints online, especially if you are “social media active.” The worst thing you can do is ignore them. Address every one, even with a simple apology. Don’t criticize the customer or defend yourself, even if it is not your fault.

Also, when addressing complaints, don’t use humor. While this makes other content engaging, it is not likely to go over well with an enraged customer.

Finally, optimize your Facebook Business page. If you think you have done so already, there are new ways available this year.

Pay attention to changes, because they happen frequently. If necessary, hire a dedicated social media expert or leverage the ability of a current employee. Handling social media professionally is officially a priority. The benefits and the damage that can be done are huge.

Even though you want your customers to like and engage with your content, stop liking things yourself, and comment instead. Don’t use the dislike button, no matter how hard you are triggered, and respond to commenters both good and bad in a timely manner.

Social media can be a great tool, but making it work for you is often just that: work. With a few simple guidelines and dedicated time, you can make your customers user experience with you on social media the best it can be. 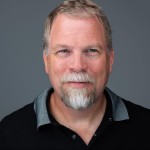