Should You Ignore TV Advertising For Your Business? Only a decade ago TV advertising was seen as the crème de la crème of marketing. You’d made it if your ad was on the TV and you could sit back and watch the money roll in.

Even if your ad wasn’t as iconic as Smash, Milk or Hovis it was still guaranteed (almost) to reach thousands of people depending on your time slot.

Now, the figures are hit and miss as many factors have to be taken into consideration and despite big brands still investing in TV advertising, many have reduced their budget for it dramatically understanding it will be better spent elsewhere.

The new age of television means that few people have to endure TV adverts, this is because:

Although the average hours spent watching TV shows, films, documentaries and shows hasn’t dwindled, the way we choose to do it has diversified. The viewer now has control over when they watch their favourite programmes, how and from which device.

With it no longer being the norm to sit down and watch at the time specified by the TV guide, adverts are overlooked, often fast forwarded and viewed as an unwelcome distraction. Children will still watch the ads, yet adults find many ways to avoid them even if it means delaying the start of a program for ten minutes so they have the option to skip.

This been said, some ads still break the mould and capture attention. The ones that achieve this are spread all over social media and shared between friends. These are generally the work of a creative genius making them standalone pieces of entertainment or they’re accidently offensive or risqué.

For instance, the two that stand out from the past twelve months are:

As an advertising copywriter, I’ve noticed strategies over the decades employed by brands to make their ads stand out. The most popular routes are:

Looking back on the many TV ads, it seems a shame that we don’t watch them much anymore but there is still a place for them.

Where Do TV Ads Go?

TV ad placements are now more creative to combat this change. Instead of offering slots in the middle of programmes, they now have a range of options for you to air your ad.

YouTube is obviously a huge platform for ads and many are placed before a popular video airs with the option to skip being presented after so many seconds have run.

Sponsorship of shows is now more than a slogan or simple static screen. Whole ads are split into sections so they’re impossible to miss before and after the break. Clever marketers also weave them in seamlessly with the programme so even with the power of a Sky Plus remote control, it takes exceptional skill to skip them completely.

TV ads may be dwindling but they are far from dying, they’re just adapting to change although many would disagree as I found when I came across this debate on Is TV Advertising Dying?

I’d love to hear your views as always! 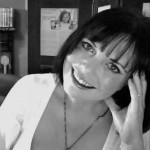