How Large Companies Can Make Their Customers Feel Like They Matter Sometimes giving feedback to a large, popular company can feel like a waste of time. Just one voice in a sea of millions yelling their opinions can’t make much difference, right? But even the largest companies rely on customer feedback to grow and improve. It’s critical to keep your ear to the ground and listen to the feedback that matters most. As a large company, there are many things you can do to ensure your customers’ voices are heard.

When There’s a Problem – Solve It

Cell phone companies are constantly competing with one another, and the proof can be seen in Verizon’s recent decision to bring back their unlimited data plan to keep up with T-Mobile and Sprint deals. AT&T quickly followed.

I’ve been a long-time customer of T-Mobile – going on three years with them now. Never really had a problem until a few months ago. Long story short, my husband and I upgraded to the Note 7, and then when the recall came about, I turned my phone back in. His was stolen. Well, since we separated, he decided to remove his line from my account and did so before I could make an insurance claim on the line, leaving me footing the bill.

So, here I was, stuck paying a JUMP on demand lease payment for a device that not only wasn’t in use – but was at risk of blowing up if it was used. I paid $37.50 a month for essentially nothing. I called customer service when it happened and was basically told nothing could be done. I understood the situation and went on my merry way – contemplating how quickly I could pay off the lease to save money on my bill.

Fast forward six months. I’d gotten a chunk of cash from a large contract, and as a freelancer, sometimes doing whatever it takes to reduce your monthly obligations matters. So, I called again and said I wanted to pay off the lease. The customer service agent noticed it was for the Note 7, so I told the entire story. She placed me on hold for less than five minutes, so she could look into the available options for “loyal customers like me.”

Shortly after, my account had been credited the full retail value of the device – $849. I was so pleased with the outcome I went ahead and paid an additional $225 to pay off the lease balance and take official ownership of my device. I am one of a sea of customers – and in that moment, I felt like I mattered.

Even after the bill cycles are through and I get credit for ending the two leases, I will have enough left over to cover more than a month of my phone bill. Yeah, I paid it already, technically, but at least now I get that money back. That’s how you take care of customers. It was a complicated situation, made worse by the recall, but taking that burden off my shoulders earned T-Mobile a lifetime customer and a brand evangelist.

Use social listening tools like Hootsuite, Mention, and Brand Watch, to keep an eye on what’s being said about your brand. Aim for a fast response time, because most people expect a reply within an hour or less, even outside of normal business hours. Acknowledge when someone’s having an issue, and do what you can to resolve it – even if you must go outside of social media to do it. When someone praises you, take time to thank them. Train your customer service team on how to appropriately address customer issues across the social media platforms you use.

Customers today are always busy with something – and rarely are they in front of a desktop device, since research shows mobile traffic has surpassed desktop traffic. That means they don’t have time for extensive surveys with pages of questions. And the bigger your business is, the more staff you’d need to dedicate to sorting through the survey answers to get the real results.

That’s where Net Promoter Score (NPS) surveys can come in handy. They ask a single question: “How likely are you to recommend our company to a friend?” and also offer an open-ended comment box so customers can tell you what’s on their mind.  Respondents give their answer on a scale from 0 to 10, where zero is not likely to recommend and 10 is very likely to recommend.

Your NPS can range from -100 (all detractors) to 100 (all promoters). Use this formula to see where you stand with your customers.

Scores differ by industry but an NPS of 50 is considered a good score.  After you’ve calculated your score, make sure the feedback is distributed across your organization so that your employees have the knowledge and capability to respond to the feedback.

Divisions and product lines have more autonomy to improve. What works in one market isn’t necessarily going to work in another, so it’s important to pay attention to what the customers want and make changes accordingly.

Particular geographic regions or certain store locations can make improvements, too. Stores in larger cities are more likely to have issues with congested parking lots compared to stores in smaller cities. One way stores can help customers is to take a section of parking spots near the front of the store and designate them for “online order pick up only.” When someone orders something online for in-store pickup, it’s clear they’re in a hurry and want to get in and out. If they have to spend 20 minutes finding a place to park, it defeats the purpose of the quick trip.

Corporations can make their customers feel important simply by giving back to their local communities where their business is operating. Take for instance Walmart, one of the largest companies in the United States. They work in more than 10,000 neighborhoods across the globe – giving more than 46,000 grants to community organizations totaling more than $47 million in 2014. This doesn’t include the $37 million from The Walmart Foundation to a variety of organizations addressing everything from veteran’s programs to hunger and workforce development.

I’ve already touched on the fact that most customer complaints go ignored, so honestly, most customers aren’t going to be surprised if their feedback goes to into the abyss and they never hear from you. But, if you want to make them special, and like they matter to you – which you should, one of the best things you can do is not only acknowledge that you’ve received their feedback, but you’ve implemented it.

Just because you’re a large business doesn’t mean you can’t make your customers feel like they are valued and appreciated individually. A little effort goes a long way – and when your customers are happy, your profit margins will show it. 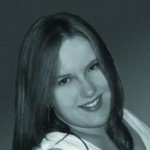 How to Use Automated Customer Service Without Losing Your Personal Touch

Do your staff truly represent Your brand?