Sometime in 2009, we got a brief at STB McCann Lagos, one of the foremost marketing communications companies in Nigeria. The brief was from the country’s Ministry of Information and Communications, and the subject was an invitation to bid for Nigeria’s rebranding project, which was then at the planning stage. The brief requested the agency to submit entries (logo and slogans) for the planned campaign.

During this time, I was just an Intern with the agency, and my supervisor (a very intelligent copywriter) had assigned the brief to me; with an instruction that I should brainstorm and come up with the initial ideas for the slogan. The Ministry was to later to settle for ‘GOOD PEOPLE, GREAT NATION’.

The 2009 rebranding effort was not the first. In 2004, the second year of former President Olusegun Obasanjo’s second term as a civilian president; Nigerian government launched a rebranding campaign tagged ‘HEART OF AFRICA PROJECT’. Like its successor, the ‘Good People, Great Nation’ rebranding project, the ‘Heart of Africa’ rebranding campaign also failed woefully.

Mind you, these two campaigns were prosecuted by some of the finest branding professionals in Nigeria; but there was little or no result to show for their expertise and hard work. Is brand Nigeria that bad and unmarketable? Not really.

Mr. Lolu Akinwumi, the Chief Executive Officer of the 2009 Rebrand Nigeria project had, while speaking to Nigeria’s THE NATION newspaper late last year, hinted that the 2009 campaign was not successful because the government failed to provide adequate funding.

However, inadequate financing cannot explain holistically why all previous attempts to rebrand Nigeria have always proved futile. I present 5 of the reasons, which are not related to funding, that can reasonably explain why Nigeria has not recorded any major success with her rebranding effort.

In both the 2004 and 2009 rebranding projects, there was no prior image audit or research to determine the perception gap, as well as the areas of strength and weakness for brand Nigeria. The basic question, such as the positive side of Nigeria other countries or nationals want to see, were not asked.

A creative audit process would have indicated which aspect of Nigeria’s image to promote, and also provide a clue on how to downplay the negatives that may affect the brand perception. A rigorous internal/external perception audit would have revealed what Nigerians think of themselves and what foreigners think of them.

Mr. Akinwumi, the CEO of the 2009 Rebrand Nigeria project, explained what his team wanted to achieve thus, “The (rebranding) was anchored on attitudinal change, reorientation, revival of our beautiful old cultural values and instilling a renewed spirit of patriotism and hope in all Nigerians against negative perception “.

From Akinwumi’s submission, it was clear that the Rebrand Nigeria team merely set out to champion ‘attitudinal change’ without ascertaining which attitude to change or even determine the attitude the foreigners want to see changed. It was probably very easy for Akinwumi and his team to guess that the foreigners were put off by the penchant of Nigerians for internet fraud, but what if this was not a problem for intending visitors and investors. What if the foreigners were more concerned about the attitude displayed by touts who snatch people’s bags at Lagos airport for instance.

Again, Mr. Akinwumi talked about ‘reviving our beautiful old cultural values’. Who determines which aspect of Nigeria’s culture is beautiful? Did the rebranding team carried out any research to ascertain the specific Nigerian culture foreigners love to see the most? Brand live in the hearts and minds of customers, and it is they who decide which product or object deserved to be regarded as a brand.

Definitely, a brand does not determine itself or the features that endear it to customers. It is the customers who, having use or experienced the brand and enjoys it, decide whether or not the brand is worthy of their love and loyalty. Setting out brand features without recourse to the supposed target audience of the rebranding campaign was a mistake occasioned by lack of research to determine the unique selling proposition (USP) of brand Nigeria. And even if there was a concentration on those attributes that the target market (immigrants, investors, tourists etc) wants to see, it would still be a mistake; because what attract these categories of customers is not brand features but reputation.

The attribute of being good is something that virtually every country on the surface of earth, from Jamaica to Morocco to America, would lay claim to. Like consumer brands, many countries are competing for the world’s attention, so a country that is serious about positioning its brand must state what specific quality it has that others do not have. A generic claim of having good people would simply not fly because, unfortunately, other countries are also blessed with a lot of good and great people.

At the risk of sounding like a broken record, a country in the rebranding process must be able to say – I have xyz, the other countries do not have xyz. The rebranding process ought to start with a statement of what Nigeria is uniquely known for, how that differentiate the country from others, how the qualities or features of differentiation would be sustained. All the other elements of branding like visuals and graphics, which unfortunately was what Nigeria’s rebranding team concentrated energy on, should just be tools to communicate the unique ‘differences’ in order to engrave it in the minds of target audience.

Indeed, there is no likelihood that the Nigerian rebranding project, either now or in the future, would succeed without successfully competing and standing out from other countries seeking the same type of global attention and recognition it craved. By nature, even similar brands compete on the basis of differentials – different brand values, image and even association. Nigeria, like other brands, must differentiate its brand and establish a USP.

#3. Inability To Establish A COO Effect

Brand experts often talk about the phrase “Brand America”, which is basically an allusion to the role American brands play in aiding the image and reputation of the country. 14 out of 20 leading global brands are American. This in itself is a promotion of brand value of America as a country rich in entrepreneurial culture. Relatively, the prevalence of made in China goods has also conferred on China a brand tag as the “The factory of the world”.

In 2009 when the second attempt was made to rebrand Nigeria, one thing that was very feasible, apart from the general hospitality that Nigerians are known for and the huge population; was the growing telecommunication sector. More impressive was the fact that there was an homegrown telecommunication company owned by a Nigerian that was fast attaining continental as well as global recognition. If utilized correctly by the Nigeria rebranding team, GLOBACOM Nigeria would have given Nigeria the sort of reputation that a NIKE would give America or the one ADIDAS would give Germany. Globacom and other reputable brands that emanate from Nigeria would have aided Nigeria’s reputation as an industrious Nation.

Nigeria also boasts of a number of global icons in almost every sector of human endeavor – there is a Nobel Laurel, Professor Wole Soyinka and late Professor Chinua Achebe in the field of literature; there is a Philip Emeagwali in the Computer sector, there is a KANU Nwankwo and J.J. Okocha in Sports; there was a Fela Anikulapo Kuti in music. Fela Anikulapo Kuti,for instance, should have been positioned to be for Nigeria what Bob Marley is to Jamaica. The rebranding team was not quite effective in using these personalities to aid the reputation of Nigeria and confer on it the needed country of origin effect.

For a brand to do well in the market, there has to be a clear positioning. Brand positioning is like buying a space in customers’ minds.Indeed, for any brand to develop competitiveness, there must be a successful positioning that is credible and distinctive. Again, the rebrand Nigeria project team failed on this score.

Akinwumi, the CEO of the 2009 rebrand Nigeria project, told Journalists in December 2015 that the rebranding campaign was concerned with “…instilling a renewed spirit of patriotism and hope in all Nigerians against negative perception”. The question emanating from Akinwumi’s position is- was is it the way Nigerians perceive themselves or the way outsiders perceive them that the rebranding project wanted to change?

To show that the rebrand Nigeria team were not quite sure which audience to target with their rebranding campaign; late Dr. Dora Akunyili, the Minister who initiated the rebranding project and for whom Akinwumi worked, said during the inauguration that “…In particular, the perception of Nigeria and Nigerians is so bad that every Nigerian is regarded as a fraudster and criminal. We are never even given the benefit of the doubt”.

Yes, from an internal marketing perspective, it is important to influence “attitudinal change” in Nigerians in order to improve brand perception; but the rebranding slogan (Good People, Great Nation) does not tally with what the Honourable Minister had in mind.

If the ‘Good People, Great Nation’ slogan was an admonition to Nigerians to behave well because good people make a great nation, then Akinwumi was right that the target of the rebranding campaign was to change and influence the way Nigerians think. But if the rebranding was targeting Nigerians, were would that leave the Minister who was concerned about what outsiders (foreigners) think of Nigerians.

Some marketers may argue that it is possible to use the rebranding exercise to encourage Nigerians to behave well while at the same time showing the global community the ‘good’ attitude of Nigerians. This would be difficult if not impossible to achieve. For one, positioning is about establishing a distinctive characteristic, which you then promote as your USP to your target audience. Unless and until you establish that characteristic, you can’t effectively do any positioning.

The good nature of Nigerians must be established first before promoting it – it cannot be a work in progress. Moreover, there was a feasible conflict between brand positioning and brand perception, for as the Nigerian brand experts (?) were promoting the yet to be established good nature of Nigerians; some Nigerians who live outside the shores of the country were showing their ‘goodness’ by defrauding foreigners and violating immigration rules.

In the brand positioning process, two features should have been considered by the Nigerian rebranding team – a determination of a clear target audience and a rigorous situation analysis to determine opportunities.

It was clear that the rebrand Nigeria project team did not adequately understand their assignment.They obviously did not have a comprehensive understanding of the processes involved in building a brand. They treated the branding process as merely a matter of new logo, new slogan and great advertising commercials with nice sounding pay off.

However, brand reputation, which marketers seek to build and sustain with the branding process, is often based on reality and the perception customers draw from the reality presented to them. No brand manager can achieve success without bringing the performance of his brand as closely as possible to the reality he intends to promote.

No doubt, brand management is a complex activity that goes beyond the realm of traditional marketing. The ability to effectively organize the entire branding process, from market/audience research to image audit to positioning, would determine the level of success a brand manager would record. As already hinted, the failure of Nigeria’s rebranding project was largely due to the limited understanding of the brand building processes and principles. And as they say, there is no other meaning of insanity than doing the same thing repeatedly and expecting a different outcome.

For Nigerian rebranding project to succeed, the country would need to focus on areas where it has comparative strength and advantage compared to other countries. It is the success and achievements in these areas that would serve as a basis for an effective brand positioning and marketing. 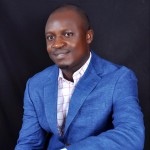