Over the past number of weeks, I’ve been interviewed

Here are a few examples when emails have gone wrong and how it’s so easily done.

Sending to All instead of One

Recently, Aviva Investors sent a mail to 1,300 staff members firing them. One Friday morning, an email with leaving instructions meant for one employee was accidentally sent to the company’s entire global workforce of 1,300 people. It told staff to hand over all property belonging to the company, together with security passes, as they left the building.

The email was wonderfully worded “I am required to remind you of your contractual obligations to the company you are leaving. You have an obligation to retain any confidential information pertaining to Aviva Investors operations, systems and clients.”

And it closed with: “I would like to take this opportunity to thank you and wish you all the best for the future.”

So while the email from a written communication’s perspective was carefully thought out, the sending of it was not.

It’s been reported that that a stunned silence ascended on the workforce through Ireland, UK, New Zealand and other locations.

Related: 10 Reasons Your Business Should Use Email Marketing

The ‘Reply All’ button

Two travelers booked flights for the first time with US budget airline Spirit Airlines when going to a concert. Their flight was delayed, so they missed their concert and looked for compensation. They were given $200 worth of Spirit Airlines vouchers but that wasn’t enough. They wanted a note from the CEO which they got (unintentionally) and it went like this:

“We owe him nothing as far as I’m concerned. Let him tell the world how bad we are. He’s never flown us before anyway and will be back when we save him a penny.”

Instead of only sending this to his staff member, he accidentally hit “reply to all” and the couple got to see what the CEO really thought of their complaint. They emailed it to several bloggers and the company had a very red face.

It’s this type of communication that customer service or management should avoid. I constantly advise clients not to send out mails that they would not want their mums to get!

A restaurant client of mine received an email of complaint from a customer. However, it was written in all capitals. This is considered screaming or shouting and there were quite a few exchanges between staff and management. However, one of the managers decided to call up the person rather than just reply on email. He was a phone guy rather than an email guy.

It turns out that it was an elderly lady who didn’t know how to turn off the caps lock and just wanted to alert the management about the issues of service she encountered. It was meant more as a helpful email rather than complaint…but again, the message was lost over this impersonal medium.

Another example is the infamous story of Jonas Blank in the US. He was interning in a top NYC law firm and fired off a mail to a pal revealing he was “busy doing jack…” and accidentally sent it to his boss…who fired him.

It’s something that job seekers as well as professionals should be aware. Email communication is a way many people use to communicate but messages can be lost between the person writing and the person sending. From a communications perspective, it’s important to know who you are sending your mail to and watch the tone and style you’re writing in.

So, the rules to avoid negative press

Before you begin any emails, think about who it is you’re sending the email to and what you want to say. Here are some basic, but sometimes forgotten, tips to help you get on the right email path:

Related: Email Marketing – Justin Premick Of AWeber Communications Explains What It’s All About

What to do if you inadvertently send a bad email

Sending a bad email need not result in negative press but it does require management and immediate management at that. You can avoid red faces if you act accordingly. Ignoring it and hoping it goes away will never help. Whether you send a mail for personal or professional reasons, you can always recover from it by following some simple tips:

In summary, being careful and professional when sending emails is the best form of prevention in sending incorrect emails. But everyone is human and mistakes happen. If they do, act immediately to resolve any issues to save your reputation.

Image: “Close-up of a send button/Shutterstock“ 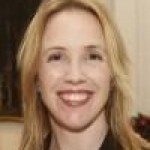