I Can’t Come Into Work Today Because Have you ever called into your job and taken a sick day without really been sick, well then you are not alone. A survey conducted by Harris Interactive for Kronos Incorporated, found that about half of all Americans have taken a fake sick day.

Australia and Canada are about level according to this survey, it also revealed that 71% of Chinese workers have called in sick (when they weren’t) and interesting to note that in France this number is only 16%.

Perhaps this is mainly due to the fact that in general the French tend to get more holidays and bank holidays than other counties, could it then be reasoned that people in general need a certain amount of time away from their jobs every year!!

The majority of people I spoke with in the run up to this article admitted that when they rang in sick it was mainly due to stress, extreme fatigue or just unable to ‘face the day’.

When those interviewed were asked what their employees could do to help reduce sick days the largest response was the possibility to work ‘flexible hours’, the possibility to work from home 1 day per week or a certain number of ‘duvet days’ per year, where one could take a day off without the added stress of having to make that ‘Fake Sick Call’…

“For the last 10 years we have a “Flex Day” policy. Under this policy you have 10 days a year to do with as you please. Sick, hung-over, mental health, kids school trip, vacation, it doesn’t matter. We don’t care & they don’t tell. Employees can also split up their flex time for partial days, carry them over from year to year & work from home if they need to.

We believe that if you are working you are an adult & you can make the best decisions for you and the job will get done sanely.”

Excuse: I can’t come in to work today because my son is having an allergic reaction to some sort of a bug bite.

Reality: We were at Disney World and he was having an awesome reaction to riding all of the rides, eating tons of junk food, and meeting his favorite characters.

Excuse : I can’t come to work today because my cat fell from my balcony window and broke her leg, I need to take her to the vet.

Excuse: The chip pan caught on fire yesterday while cooking dinner causing a terrible amount of damage in the kitchen.

Reality: I spent the evening in the pub, was so drunk that I was unable to get the key in the door and had to sleep on the front steps until daybreak.

So what’s the best excuse you’ve ever used or heard…. 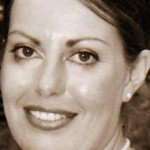