The word blockchain became synonymous with the public, after the tremendous increase in price for Bitcoin, a cryptocurrency. However, blockchain is more useful than you can imagine, as it acts as a huge deterrent against data stealing and modification.

Artificial intelligence continues to be a top trend in mobile app development, thanks to its effective and efficient advantages. The camera application from various phone manufacturers such as Huawei, Samsung, Xiaomi, LG, Sony, and Google uses AI to improve the user experience.

The latest OS update for Android, Pie (9.0) uses artificial intelligence known as Adaptive Battery to improve battery efficiency. It also has an adaptive battery, which adjusts the brightness of your screen, after studying your behavior. Another example of AI is the Pixel’s default launcher. By analyzing your usage pattern, the launcher tries to predict your next action and provides suggestions accordingly. AI is beneficial for companies, as it allows them to increase their productivity while bringing down tasks.

The main advantages are that you no longer need to use extensive amounts of libraries for mobile app development. As a result, the time taken to develop and deploy your app comes down. Due to these benefits, low-code development will become more popular than its conventional counterparts.

Progressive Web Apps or PWAs are webpages/websites which look and behave like native mobile applications. When you use PWA as a developer, your users get the mobile experience, while using the technology from browsers.

In 2019, PWA will continue to remain a trend among developers as it is easier to build and maintain them. Also, with the decrease in complexity, it brings down the cost of development.

Security continues to be in the minds of users due to several data breaches which took place over the last few years. These days, mobile apps are handling sensitive customer data, such as their passwords and credit/debit card information.

From the eyes of cybercriminals, attacking these types of apps is a great proposition, as they get their hands on user data. As a result, a large number of insecure mobile applications are getting attacked. In 2019, developers will look for ways to improve app security, by implementing encryption and other safety practices.

Android Instant Apps will become bigger than ever, as they are the lightweight version of conventional applications. One reason why Instant Apps continues to be popular among users is that it is extremely easy to use.

It allows the users to use your mobile app, without having to install them. Due to this feature, they don’t have to waste any storage space for your app. For example, if you want to watch a video on Vimeo, Instant apps will allow you to do so, without ever having to download it from the Google Play Store.

Wearable will be the new fashion standard

According to Statista, the sales revenue for wearable devices is expected to reach $73.27 billion, by 2020. The current generation of wearable devices can monitor your exercise routines, eating habits, and heartbeat.

As various manufacturers continue to develop wearable devices, the number of users will rise significantly. One reason why they are a trend is that it makes the lives of users easier and convenient.

AR and VR is another trend you need to follow in 2019, as the hardware on smartphones will become capable enough to handle these technologies efficiently. One of the biggest examples of AR in the mobile world is Pokemon Go, a game which uses this technology. The app allows users to interact with the characters in the game, through the lens of their smartphone.

Similarly, Instagram, another popular social media app, uses AR for its camera filters, a hit feature among its users. Using AR and VR allows businesses a greater platform to attract users to use their apps.

The demand for mobile wallets is on the rise, as it becomes extremely convenient for users. It eliminates the need to carry debit/credit cards and cash as they can use their smartphones. Also, with security becoming more important among developers, the usage for mobile wallet will increase considerably.

It is a fact that the mobile app industry is growing to the top with a lot of different applications releasing every day. But what’s new in mobile app development? How to keep up with the most innovative trends? Are you looking for a mobile app development company which always follows and incorporates the latest trends in the industry? Here is the infographic that presents the list of the largest mobile app development trends to look for in the forthcoming year. Take a look: 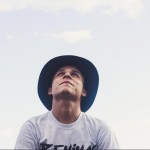