Believe it or not, the easy way to get rich is to equip you with programming languages. Not only you understand what most people do not, but you get an edge with the market today. Everyone will need your expertise and you get paid more than enough for your creativity. From the mobile development to software, to computer applications, and the making of websites, you are part of a bigger build on the internet.

Below is the information that you need about the best programming codes in a variety of languages. One of the most important questions that will be answered as well is this: Just how much does a programmer earn?

Java is originally the server-side of an interpreted language. Because of Java, you have android which in return, gives you the benefits of seeing images, playing games, and creating virtual tours. You get to enjoy these interactive contents because of the program. For the record, Oracle’s Java is one of the most popular programming languages which make it important if you want to learn the program. Actually, if you want to learn the basic, you need to learn how Java works. It’s used in devices, operating systems, and on all platforms.

C is simply one of the oldest programming languages there is. It’s because of C we have C++ and Phyton which are more comprehensive and higher level languages. C was developed way back in the 1970s. But surely, it’s the reason why we have many breakthroughs in this technology age. Will you believe these huge systems below are still powered by C?
• Microsoft Windows
• Linux
• Mac

You might think the reasons are too ‘geeky’ and can’t be understood. But C is not a hard language to learn. You will need it because it’s considered as the lingua franca of the developers.

C++ is the reason for the creation of software, drivers, and trading algorithms that have been richly used today. This programming language is the extension of c language and also object-oriented. Because of C++, you have been reaping the benefits of it ever since it was created and manipulated by programmers. It is already considered the most famous programming language in the world. If you learn this language, there is just no way it will not benefit you. Every programmer knew and spoke the same language.

The C# Programming Language is used in all platform that uses Windows. Why not? Microsoft Company developed C#. The origin of it was developed during the .NET initiative and is an object-oriented programming language.

The programming language PHP was created using the C language. It is a server-side interpreted language and is used to develop web applications. Because of PHP, there are now ways to tweak and write custom extensions in C and C++. As a matter of fact, the biggest brands on the internet is powered and run through PHP language. You have got:
• Yahoo!
• Facebook
• Flickr
• ProProfs
• Digg

Visual Basic .NET or shortly called VB .NET was developed by Microsoft. The sole purpose is to target .NET framework to be able to develop applications and GUI for sites that run on the Windows servers, Windows desktop software, and Windows Phone apps.

Most of the websites online is powered by JavaScript. It has a library called JQuery which is used to design the games, software, and mobile applications for human needs. But to get things straight, JavaScript is nowhere related to Java.
Average Salary of JavaScript Programmer: $99 000
IT Companies Hiring: Amazon, IBM, Microsoft, Samsung
Number of Job Openings: 8 752

This is a good opportunity for you in learning the language because IT Companies in the world need an Assembly Language. The primary usage is in IBM PC DOS operating systems. The purpose of this is to be able to optimize the speed and size.
Average Salary of Assembly Language Programmer: $90 000
IT Companies Hiring: Microsoft, Apple, Google
Number of Job Openings: 4 755

Last but definitely not least is the Ruby programming language. It is very similar to Python and was developed way back 1990s. Ruby is a server-side scripting language. It was developed by Yukihiro Matsumoto. The reason behind the name “Ruby” was because it was the birthstone of one of the main developer’s colleague. The programming language is relatively easy to decipher and learn. People say you just need a 20-minute guide to starting using Ruby.

All in all, there is no real such thing as the “greatest” language in programming. Everyone contributes to the certain greatness of the development in software and hardware. Some programming languages have its own advantages, some have cons. The only thing you need is to be able to find your own identity and forte. 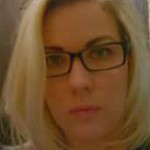