While countries, big organizations, and businesses are investing significantly in developing their physical security against any possible enemy attack or infiltration. As has always been the case throughout time, a modern sophisticated threat just as significant as any other has emerged; Cyber-attacks.

There is no going around the fact that technology is incredibly advancing with each passing day. As a result of this, we see governments, companies, organizations and private individuals becoming more reliant on information technology. Also, on other forms of technology to improve their operations and store very valuable and sometimes confidential/classified data. But with all the positives of technology, comes some significant challenges (to put it mildly). Cybersecurity incidents are significant threats that are been fuelled by the advancement in technology, that have far-reaching consequences in the modern world.

By definition; Cyber-Security Incident is a broad term used to describe an incident that is a threat to a computer’s or a network’s security and the data stored on them. One might ask… but if cyber-security incidents are a threat to data, how scary can it be? The answer to that question would be: very! Scary because data is everything. If a cyber-attack is successful and the attacker can get hold of important data of; say a company or can manipulate the data, it could cause that business to lose a lot of revenue, customers or could have their business strategies leaked. As mentioned, cyber threats aren’t only a concern to corporate organizations but even to governments and every one of us.

But even beyond the stealing of data, an unchecked cyber-security incident can lead to an organization losing control of their computers, machines and other devices or security systems, allowing the attacker to manipulate them and do with as they please. To further drive home the significance of this modern threat, we shall be taking a look at some examples of Cyber Incidents that got international media attention and had noteworthy effects.

Stories from The Cyber-Attack Battle Ground

When the topic of cyberattacks is mentioned one very high profile incident comes immediately to mind, mainly because of its alleged consequences and effectiveness of the attack that made it headline news even till this very day and that is the alleged attack of Russian hackers on election infrastructure of the United States with the aim of altering and tampering with results of the 2016 Presidential elections. Several reports and investigations by various governmental agencies revealed that the attacks did happen and had affected the electoral process in some ways and also identified that state-sponsored hackers from several countries are still launching attacks and trying to influence future elections.

These are but a few of some high-profile cyberattacks carried out over the years and a reason why the matter isn’t one to be ignored. Organizations and corporations are investing in being proactive against these cyber threats and are investing in security infrastructure and training of their staffs to be aware and able to avoid and deal with these threats.

But to understand more about cyber-security incidences, and finding ways to protect yourself against them, you have to know the various forms/types of cyber incidences, that will be our next course of action.

There various types of cyber and as such they work in various and are used for various reasons, what’s even more alarming is the fact that most times it is almost impossible to trace the source of the attacks are pre-empt when they might be launched against you. This is why identifying them is the only way you can protect yourself against them or prevent them from executing when they happen.

Every online system has limits in terms of the number of service requests they can handle. So what this type of attack does is to create congestion by overwhelming the website’s server with more traffic than it is designed to handle thereby causing it to malfunction and not able to respond to genuine service requests. Business competitors can use this method for the temporary shutdown of their competition’s website.

Most people are familiar with this type of attack as you are likely to have come across or have been exposed to it if you use the internet. Basically, malware is a software or program known as viruses or ransomware that self-installs on a system without permission, all though the user has to take execute some type of action (unknowingly) for it to gain access. Malware can infect a computer or system through various means like; through trusted software files like Microsoft Word or PDF files, or can come in form of a downloadable link, or could infect a computer through a removable storage device.

This type of attack takes place when a hacker sends an email or file that contains a link to the target computer posing as someone the user trusts. When the user clicks the link, they are redirected to a website where they might be required to provide some credentials to gain access to information when this is done, the attacker gains access to the computer or networks and can get a lot of data.

There are several other types of Cyber-security incidences and they continue to evolve security system developers come up with responses for them.

This is why organizations, companies, and even governments have effective data governance policies in place to enable them to respond to these threats and even prevent them from happening. This is why Cyber-security Incident Management (CSIM), but to manage cyber-security well these organizations invest in designing a robustly pro-active as well as effectively responsive Cyber-Security Incident Response Plan (CSIRP).

As an individual, you also have to protect yourself from cyber-attacks that can lead to cyber-crime which could have some very serious financial consequences and theft of your data. One way to do this is through a Virtual Private Network (VPN).

What Is A VPN?

If you surf the internet a lot or use public networks, then you are very much susceptible to cyber threats, so, what a VPN does is that it assists you to access the internet safely by encrypting all your data sent by your computer to an internet service provider, then rerouting the data through the VPN server before sending it to a web destination.

Subscribing to VPN service provider (especially one with very secure VPN Protocols) ensures that you are safer from attacks because any website or third-party receiving your data sees the server as the source and thereby not able to directly identify you as the real source. Also, because your data is encrypted the receiver is only able to see it in that form and not gain access to raw data.

Cyber-security should be everybody’s concern because we can’t simply deprive ourselves of the perks of information technology, instead, we can be cautious and ensure that we are on the winning side of this war. 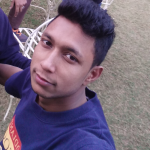 Tips on How to Secure Your Business from Cyber Threats How Hackers Can Impact Your Website’s SEO