How Samsung Can Overtake Apple Samsung produces some of the best smartphones in the world, which are superior to almost every phone on the market. Aside from the Apple iPhone, Samsung is the industry’s new standard. And while Samsung has pushed other Android hardware producers to the side, Apple still sells more smartphones than the Korean electronics entity in the United States.

In some aspects, Samsung phones have pushed ahead of Apple, including global smartphone sales. The Korean corporation is also ahead of Apple in its innovation, as its new phones are introducing some of the most advanced technology on the market today. From wireless charging to tracking your eye movement, Samsung is simply outdoing Apple.

However, Samsung is still combating the effectiveness of Apple’s marketing strategy since the introduction of the iPhone, as Apple has developed one of the most loyal fan bases any company has ever accumulated. However, it will take a few things to topple the king of smartphone sales in the United States. In order to lure people from iOS to Android, Samsung has three things it must focus on.

One of the genius tactics Apple employed with the iPhone was cell phone carrier exclusivity. Apple introduced such a revolutionary product, it was able to set the guidelines for the sale of each and every iPhone sold in the United States. Aside from carrier exclusivity, Apple has always successfully kept the majority of its followers guessing when it announces a new product. Waiting for the perfect moment to unveil a new iPhone, Apple has laid the groundwork for Samsung to improve upon.

Apple provides its loyal fans with the price of a new product and when the new product will begin shipping, where it will be available, and with which carriers. The Apple brand has a strength that Samsung has yet to achieve. When the new Galaxy S4 debuted in New York City on March 14, Samsung focused on the phone itself. There was very little said regarding a release date, the carriers that would offer the Galaxy S4, or the price.

One of Apple’s greatest achievements has been to produce products that catch the consumer’s eye. With each new version of the iPhone, people flocked to see just how Apple would design the smartphone. Samsung, on the other hand, has limited its market share in the U.S. due to its lackluster designs.

Apple has gone with glass-backed phones (iPhone 4 and 4S) and progressed to the buffed, aluminum with the iPhone 5 to provide users with a sophisticated design on the county’s highest-selling smartphone. All the while, Samsung has continued to make its phones out of weak plastic to encase its smartphones. While Samsung produces a lightweight option for consumers, they are failing to produce a product that resembles a high-end phone. Samsung needs to shy away from the industrial look and join the rest of the competition. Apple produces the sexy product at the moment, and in today’s world, the sexy product will outsell the functional, basic-looking one.

While you might wonder what the biggest difference between the Apple and Samsung user experiences, it’s so simple, you probably wouldn’t even think twice about it. While Apple owns every element of its smartphones – the hardware, software, App Store, iTunes, as well as Apple Care – Samsung does not. When you determine the user experience from every aspect, you have a greater control over consumers than if you offer a product where third-party companies have a say in things.

Samsung isn’t slouching around in this department, though the tech giant has yet to reach Apple’s extent of ownership. Attempting to gain additional revenue through its cloud services and new media hub, Samsung has also backed off from its collaboration with Google (though it still relies on the Android OS). It is interesting to note that Samsung still relies heavily on retailers and cell phone carriers to sell its products and provide users with customer service. Straying from this design and creating an in-house approach to development would provide Samsung with the control over user experience that currently separates Apple from the rest of the competition.

While Samsung is obviously applying pressure to Apple, it is only a matter of time until it catches up with the nation’s bestselling smartphone provider. While Apple has tried to discredit the Samsung user experience, fighting words are usually thrown around when a company is feeling the competitor’s fire. For now, Apple has the advantage, but how much longer they can claim this advantage remains to be seen. 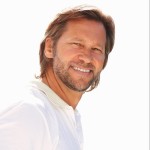