Here goes your brand new app live! And you see thousands or perhaps millions of downloads in the first week. You are over the moon and extremely excited about your success. But, do you know that it takes only a second (or just a few more) to uninstall the app? And your user base goes down (sigh)! Well, there is a solution to prevent it from happening – Gamification!

Gamification is essentially integrating game like environment to non-gaming applications. And getting the gamification right will keep your users highly engaged and satisfied, and even referring your app to friends. We all do love games! And integrating features of the game is a sure way to hook users to the app wanting for more.

Rewarding points for users when they do some particular activity will give the users a sense of achievement. The basic reward points can be incremented on additional activity completion. This will keep the users engaged as they don’t want to lose the already earned points at any point of time. Frequent flyer points by airline apps are one that has been around for a long time and still doing excellent.

For example, you can implement the leaderboard featuring users with a maximum number of comments, or those who have used the app for the longest number of hours. Having such a ranking system will automatically make the users want to be hooked to your app.

By adding levels to the different involvement of users, the gaming atmosphere will make people go on to achieve something more. This uses the basic human desire to achieve a certain status. Say, for example, you can set 10 levels and place a user as in a particular level based on the involvement. The users advance from one level when their engagement increases. The credit score site Credit Karma uses credit score simulator leveling to keep the users coming back for more.

By flaunting challenges often, users will be pushed to take it up and highly probably that they finish the challenge resulting in more use of your app. For example, Starbucks had a challenge to “check in to 5 different Starbucks outlet in a month”. People were happy to visit a Starbucks restro on another end of the city just to be in the game. No need to say that Starbucks sales rocketed!!

Assign virtual badges to users when they complete a specific set of tasks. That gives them the feeling that they have done something big for rank advancement. For example, honorary badges can be given to the user with most comments or the one who has spent longest time for a discussion thread.

Most users enjoy flaunting their new achievement with their  kith and kin through social media. This could eventually get more app downloads.

Provoking, yet simple quizzes often get users to respond and distress themselves. A quiz like “what is the color of your aura” gathered many views to the app. The quizzes have to make the user click on it and answer them until they get the result of it.

People love to know about themselves and most successful quizzes have been such personal revelation ones. The added thing about quizzes is that you can craft it in a way to involve more people and hence it can get shared to a bigger circle of people. BuzzSumo reveals that a quiz gets shared at least 1900 times.

A progress bar that shows the advancement of the user on a particular task is the easiest of all. Say one for filling up the form or review of a product. People doesn’t like to leave things incomplete. By saying you have done 40% or 50%, the user is motivated to do more to make it 100%.  For example LinkedIn app uses a feature called “Profile Strength” to make the user complete his profile.

Rewards are the fruits of playing a game. Gift users some rewards on different achievements. The reward good could be virtual or real, may be some bonus points, exchange points for some real goods or gifts like an ebook.

The ability to gift something to a friend or special person in life will give users a feel of earning something extra. This could be an invitation to use a trial version or the app or limited period access to the full version. This could also be some discount coupon that can be produced against an online or a physical retail store.

Gamification should be ingrained into the existing app ecosystem for non-hindered user experience. Also, the rewards should be spontaneous as in live games. Instead of a big reward for achieving something remarkable, split into small rewards for touching each milestone on the way.

Gamification adds value to the user, as he gets the sense of achievement after each reward bonus. By keeping the gamification simple, you can make it easy for the users to play around with it and share with friends.

Yes, people love to share their achievements with the world, so keep it an easy social media sharing option. This will retain the customer as well as act as bait for probable future app downloads. Keeping it simple but serving a goal is the key point about gamification in apps.

Gamification is using basic game elements to keep the user activity alive. Thus it works well for app users who are already active and may not work to get inactive users back. The gamification quotient should focus on engaging the current users and make them refer the app to their circles to keep building the user base. 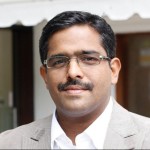