It goes without saying that the U.S. Navy SEALS are the toughest people on earth.  Not surprisingly, people are quite intrigued by the lives of these heroic men of steel who go to extremes to make themselves qualify for the SEAL job (hell week, for instance, where they don’t get to sleep for five days straight) let alone survive those inhumane wars, once they make it as SEALS.

I love to get up-close with these rare-air personalities by reading their memoirs and other books time and time again.  They are kind of mind-awakening, adrenaline pumping that inspires you to be the best of the best even in our worst circumstances.

And, if you are running an enterprise that lacks in unity, or isn’t inspired to sweat the stuff, then without any second-guesses you need to go for these extremely popular books authored by some meritorious SEAL officers who have literally walked the talk. And these books include:

These books contain some amazing battle-tested SEAL strategies that could really help organizations of any size — small, big, start-ups — tide over all their issues in an effortless fashion.

So, what are these corporate wisdom gems shared by SEALs in their much popular books?

Let’s dive right in to learn about them.

#1. No Bad Teams, Only Bad Leaders

In “Extreme Ownership” Willink talks about a terrible tragedy that struck their team when there were on a difficult mission in an insurgent-laden Iraqi town – Ramadi.

This is what happened.

Willink and his team, accidentally, got engaged in a damaging gun battle with his own seal teammates that left one Iraqi soldier dead and one SEAL seriously injured.

Referred to as blue-on-blue in Navy Seal Lexicon, when SEAL teams unknowingly engage in direct gun battle with each other–it is considered to an unforgivable offense, which could cost the officer-in-charge his job.

Willink understood the gravity of the situation and was prepared for the outcome.

In no time, the senior Navy Seals grouped up to review the situation and to fire Willink. But then, much to the surprise of the seniors, Willink took all the blame on himself rather than putting any of his juniors on the radar. The unexpected turnaround made seniors soften their stand toward Jacko and let him off with a warning.

According to Mark Divine, the author of The Way of the Seal, “Simplifying the Battlefield,” is nothing but SEAL-speak, which means eliminating distractions to better focus on our goals.

In the case of startups especially, CEOs seem to have cultivated this impossibly ridiculous habit of putting their fingers in too many pies – it’s essentially a bootstrapping measure, to keep the startups going good, for at least a couple of years, until the external funding happens.

But no, says Divine; CEO’s need to focus all their attention toward doing “what they do the best, and leave the rest for others to do.”

Let’s say, if you are a good web designer, develop a beautiful design for your site. Leave development and content writing parts to other experts.

As Divine puts it, “When your clutter isn’t bogging you down, you literally and metaphorically have more room for the things you need.”

According to Divine, there’s one single reason why 95% of the businesses fail within their first five years: Business folks lack skills to eliminate uncertainty and mitigate pain.

So, how should startups gear up right from the start to eliminate uncertainty and mitigate risk?

Allow me to explain:

First, figure out whether the target fits your and your team’s skillsets and whether it’s worth your investment –Second, whether the target enables you to achieve your business goals– Third, is it the best of the timings to go after that target – Fourth, whether your target is simple to conquer.

2. Discover Different Alternatives – Once you figured out the high-value targets, employ the PROP process. That is scope out your current Priorities – know the Realities of the situation – Options you can count upon– finally which Path forward will be right for you.

3. Spread the Mission – Spreading the vision and mission of your organization is very crucial if you are looking for support from inside the organization. And, one of the ways of spreading your mission is to convert it into a story format, because it makes the story easier to digest both for your logistical partners and decision makers.

You know about this ultra-man David Goggins, right? For the starters, he is Navy Seal who is into running ultra marathons; and he is said to have lost 100 pounds in 60 days to qualify for the SEAL training; finished his first ultra-marathon despite kidney failure and also ended up breaking all small bones in his feet in the process.

Goggin’s book with Jesse Itzler,” “Living with a SEAL: 31 Days Training with the Toughest Man on the Planet,” convinces you to do more.

When you think you are done, you’re only 40% of what your body is capable of doing. That’s just the limit we put on ourselves. ~ David Goggins.

It goes without saying businesses these days are supposed to do more and more if they really want to stand apart from their competition. They need to put in 40 times more than their competitors, especially the startups. In short, they need to embrace the suck.

Seal Mantra’s in this regard: “If it doesn’t suck, we don’t do it.”

For SEAL personnel commitment doesn’t mean they know what they got to do and then go behind accomplishing their goals –lock, barrel, and stock. By contrast, many times they have to figure out a way for themselves. So, it’s not for no reason that SEALS have this motto of “Find a way or make a way.” There’s another belief that Divine deals at length: he says Fail Fast Forward and use those learning’s and insights to redo those same things that you faced failure in the first instance.

Failures in business are a commonplace. So take heart and build resilience.

Do what SEALS do: FIND A WAY. Because there’s always a way out. It’s up to you to scope it out.

Be assured, walking the path laid by SEALs is the ultimate path to success for corporate and startups. Have you come across any other SEAL strategy that could easily resonate with your corporate, too? We’d love to hear them. 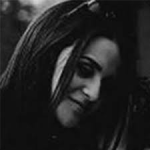 Why Entrepreneurs Should Stay Closely Involved With SEO Campaigns