What 2016 Has in Store for Mcommerce: Is It Ready to Go Mainstream?

This is Bill.
Bill does online shopping on mobile.
Bill does shopping from many online stores but he doesn’t download the app of each store.
Bill also checks prices and online reviews on his phone before buying something at a physical store.
Bill also sometimes buys products through social media.
Bill is also fascinated about buying things on smart watches.
Bill doesn’t usually prefer to pay online through his credit card.
Bill wants an easy checkout and never buys from sellers who take more time to conclude billing process.

In 2016, most people will be like Bill. Is your online store ready to serve Bill?

In 2015, Google disclosed that mobile search has crossed desktop search, and in effect released its Mobilegeddon update. By the end of the year, mobile’s share in global eCommerce reached 40%. But we hardly need confirmation from these stats to cement the fact that the mCommerce boom has arrived.

Everyone is aware of it since everyone is already a part of it. So, let’s not further indulge ourselves in those remarkable figures and talk about what 2016 has in store for mCommerce and how retailers can capitalize on it.

Mobile Will Continue to Blur the Gap between Online & Physical Stores

Customers are increasingly using their phones in stores to make better purchase decisions, a practice now labeled as showrooming. There are even barcode reading apps that let you know which store is offering the best deal on a product. Often enough, it’s not just about the price but also the convenience of getting things delivered at home & better return policies.

Showrooming is already a mainstream mCommerce practice that will only grow in 2016 and benefit the likes of Amazon unless the customer wants the item right then and there. Therefore, brick and mortar stores will have to work to narrow down the gap between shopping experience at online and physical stores by offering online store presence, price-match facility, free home delivery, loyalty programs, and better customer service & return policies.

Curbside pickup is another mCommerce trend that will blur the gap between online and the physical world. Initiated by San Francisco-based mobile app Curbside works with many local retailers. The service lets customers purchase on their mobile phones and pick up order on their way to the store. According to Curbside founder Jaron Waldman, curbside pickup is preferred by mobile shoppers who purchase things on the go, instead of on desktop at their homes.

Currently available in limited locations in the US, curbside pickup will be adopted widely in 2016. Retailers of more matured eCommerce markets including UK, Germany, France, China, Japan, South Korea, Brazil, and Canada will definitely capitalize on it. Other emerging markets are also likely to adopt it within 2016.

As for advanced location-based mobile marketing technologies like beacon, geo-fencing and geo-targeting, 2016 will not be the year when they become a trend. These GPS-enabled services allow retailers to advertise their offers (through push notifications and in-app pop-ups) and provide services (like payment) to customers at the right time and right place. However, the year 2015 has shown that customers are not yet ready for them.

For a few years, we have been constantly hearing that apps dominate the mobile market. A recent study also revealed that about 85% of mobile time is spent on apps. This, in turn, triggered many eCommerce retailers to focus on their app primarily. In early 2015, major Indian eCommerce brands Flipkart & Myntra even shut down their mobile website altogether. Following their footprints, many regional eCommerce retailers did the same.

Still, Apps are not for everyone

But on a closer look, we find that apps that dominate our mobile time are not retail apps, but belong to social, entertainment, & utility streams. Consequently, by the end of the year, after observing a drop in sales many online retailers that adopted app-only model brought back their mobile website. So now at the onset of 2016, we have come to realize that mobile app is not the key to boost sales for everyone.

Apps offer a more seamless mobile shopping experience, true; but on the other hand, not every eCommerce retailer can expect customers to download a mobile app. At most a user will keep only a dozen or so eCommerce apps on his smartphone. And most likely these app icons will belong to the likes of Amazon and eBay. Retailers must recognize this customer behavior & give mobile web the attention it deserves.

However, it also doesn’t mean to boycott mobile app altogether. Mobile apps will still hold the key to offer a rich mobile shopping experience to your most loyal customers.

Another key factor is that tablets are only portable not pocket-able and cannot provide an on-the-go shopping experience like smartphones. Growth in tablet sales has also declined in recent times while growth in smartphones sales continues to go up. Based on these observations, it is apparent that smartphone will be the device in focus in 2016.

Besides knowing how people are using smartphones for online shopping, it is also important to know what they are actually shopping on their mobile devices. Based on several studies, most popular products among mobile shoppers are the ones that either have low to medium cost or have the ability to trigger impulsive buying behavior. Apparels, grocery, travel gears, sports goods, cosmetics, and electronic gadgets are few of such product categories.

Thus, online retailers that deal in these product categories should take 2016 as another wake-up call to enhance their mobile shopping experience to maximize sales. On the other hand, products that involve more complex buying decision like automobiles, machinery parts, and large home appliances will still be purchased on desktop primarily.

It is no secret that most of our mobile time is spent on social media apps. Retailers are aware of it and for years have been actively trying to use social media to generate greater revenues. For the major part, social commerce elements include product information, reviews, brand engagement through referrals & conversations. But with the introduction of ‘buy’ button by Facebook in 2014, social commerce has reached a different level.

By mid-2015 all major social networks – Facebook, Twitter, Pinterest, and Instagram – started to offer the buying functionality in their mobile apps. Facebook is undeniably at the epicenter of social commerce and drives around 64% of the social media generated revenue. Pinterest, with its buyable pins, comes next in line at 16% despite a relatively low user base. Twitter & Instagram haven’t driven significant sales activities so far; thus, 2016 will provide a clearer picture on their actual potential.

Besides that, there have been speculations about the buy button’s workability from the start, but according to a Business Insider report, in 2015 social media-driven retail sales & referral traffic increased by 200% in comparison to 2014; a growth rate higher than any other online channel. So, it is apparent that more eCommerce brands will actively participate in social commerce in 2016, and for buy buttons as well, it will be a hopeful year.

Mobile Wallets Will Be Widely Adopted

eMarketer also recently released a report, which states mobile payment will triple in the US in 2016 (rise by 210%) and by the end of the year, about one-fourth of smartphone users will start using mobile wallets. It is likely that in other eCommerce markets as well (especially the more matured ones), adoption of mobile wallet will grow at a similar pace.

It is pretty much evident that mobile wallet will be adopted widely by retailers and used by customers in 2016, but it will still take a few years until it becomes popular enough to get mainstream.

Enhancing Mobile Shopping Experience Will be the Focus Point

This holiday season, smartphones brought about 57% traffic to eCommerce sites, but their share in revenue fell around 30%. The reason for this poor conversion rate is that mobile shopping experience isn’t yet meeting customers’ expectations in the right manner. Therefore, 2016 will be the year when most retailers will work on enhancing their mobile shopping experience.

Leveraging technologies like mobile wallet & location-based mobile targeting will definitely be the part of enhancing the mobile experience; however, mobile checkout process will unquestionably be the focus area for making improvements. That’s so because mobile shopping cart abandonment rate (97%) was one of the biggest concerns of retailers in 2015. And complicated mobile checkout process emerged as one of the major reasons why customers leave their filled shopping cart.

In 2016, these facts & figures will work as a constant reminder for retailers to find out reasons why customers are leaving their mobile shopping cart & what they need to do to fix it.

Conclusion: Is mCommerce Ready to Go Mainstream yet?

There is no doubt that 2016 will be a revolutionary year for mCommerce. Speculations about mCommerce going mainstream in 2016 have already begun (not just in terms of traffic but revenue as well). But it will only be possible with retailers recognizing opportunities presented by these trends and working accordingly to offer customers a better mobile shopping experience.

What you think which mCommerce trend will score the most? And will mCommerce go mainstream in 2016? Tell us in the comment section below. 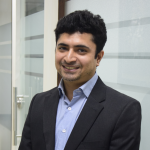 ECommerce in the Near Future: a Lifelike Shopping Experience How To Improve Your Checkout Conversion