The 3 Ps Of Pre-qualification – Are The Fundamentals Still Sound?

An old professor had a simple, yet powerful formula for pre-qualifying opportunities and markets – that is the 3 Ps of pre-qualification.  Can its application earlier in the But most importantly they are using it in conversations about pre-qualification, particularly, at the early stages of the sale (e.g. lead generation and the initial meeting).  The definition is helping their teams to avoid wasting precious selling time on those markets and segments, that don’t give a ‘yes’ answer to the following questions:

Obviously if the answer to any of the above questions is ‘NO’ then even the greatest salesperson in the world will struggle.

Taking each one in turn.

1. Are There Enough Prospects To Sell To?

As we all know, not everybody is going to buy. You obviously need a target list that is many multiples of your target sales for this quarter, or this year.  But is there a critical mass of customers (that fit your profile) in the market/segment in question? Is there a viable number of prospects in the market, or segment that you are planning to target?

That is a sufficient number as to enable you to build your business, make your target, or reach your break-even with comfort? With so many sources – from web searches to paid-for-lists – it generally isn’t hard to build a target list.  However a long un-selective list is off little value in answering the question ‘are there enough prospects to sell to?’  So we recommend creating a rigorous target customer profile before building the list.

The biggest market is not the best, after all the mass market is where the competition is likely to be focused.  Indeed, there is a real benefit to being a niche player and specialist.  It generally confers a marketing advantage, as well as a higher margin.  So, the question ‘are there enough prospects to sell to?’ is really ‘are there enough of the right prospects to sell to?’

2. Are There Enough People/Prospects To Sell To With A Big Enough Problem?

A list of companies that fits your target customer profile does not in itself represent a viable market opportunity, the old professor would point out.  The next question you must answer is ‘does the customer have a big enough need to make your solution compelling?’ For the old marketing professor there was a scale of needs.  At the far end of the scale were those prospects ‘driven crazy looking for a solution’.  These of course were the easiest to sell to.  They had a real impetus for change, or ‘sufficient pain to make them do something about it’.

On the other end of the need-imperative scale were those prospects for which a solution was in the professor’s language ‘a nice to have, rather than a need to have’.  These are those prospects who want to want to know all about your solution, but will probably never buy. Also on the list was a large group (often the majority in many markets) whose needs while real, were latent.  Either they were not aware of the need, or had not begun, in earnest, the search for a solution.

These customers are the ideal audience for your demand generation and nurturing programmes run with marketing, rather than by your salespeople.

3. Are There Enough People/Prospects To Sell To With A Deep Enough Purse?

Ok so there is a sufficient number of potential customers and they have a pressing need for our solution.  Great!  But, one vital question remains – do they have the ability to pay?

‘Don’t sell to people who can’t, or won’t pay for your solution’ was the clear advice of the marketing professor.  However, everyday salespeople hope against hope that the interested prospect can ‘trump up the money’. That is because they leave mentioning price, or asking about budget till the end. As salespeople we get buzzed-up when people tell us that they ‘love our solution’.  However, that is meaningless, unless the desire for our solution is matched with an ability to pay.

In these times, the ability to pay includes the ability to borrow the money, or secure a lease. The strange thing is that even Global Fortune 500 companies with impressive balance sheets can have ability to pay issues!  Or more to the point their managers can struggle to get purchases orders sanctioned.  This can result in the most frustrating of situations – where the buyer’s heart says ‘yes’, but his wallet/budget says ‘no’.

With pressure on budgets, departments, projects and purchases must compete for funds.  To get approval managers must get sign-off at a senior level, perhaps on a regional, or at a global level.

It is in this context that understanding the buying process in the prospect’s business is vital.  So too is understanding the budgeting and business case requirements – that is what form of cost-benefit analysis must be prepared in order to get the purchase sanctioned and purse strings opened.

Pre-qualification – Getting Back To The Professors Basics!

The great thing about the professors 3 Ps – and what makes it so useful – is its simplicity. While we have developed increasingly sophisticated pre-qualification checklists and opportunity scoring sheets, they might not be necessary if we applied the professors 3 fundamentals.

Ideally, these fundamentals should be applied to and guide who your lead generation is aimed and how your sales and marketing budget is invested.   After all, there is no point:

Pursuing opportunities that realistically present no hope of a win

“Too much pre-qualification plays catch-up for poor targeting” was another favourite saying of the wise sales and marketing professor, the earlier the pre-qualification mindset is applied the more effective it is.  So, with that in mind, can you answer ‘yes’ to the professors 3 questions in respect of all the markets, segments and companies on your target list? 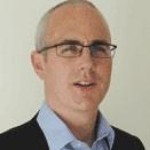 How To Write a Sales Prospecting Email That Generates Responses