When it comes to social media marketing, especially Twitter, you are told about how to engage and make sure to use hashtags. What if I told you Twitter only cares up to a certain number of hashtags on your tweet, after that number they don’t even pay attention to the rest? It also goes against some of the social media teachings people give on hashtags about utilizing them to gain relevant traffic.

If you stick with me through this article I am going to take you outside the box with 4 tactics that will help you with your Twitter marketing and get you into the loop of hashtags.

You see what Twitter isn’t transparent about, and it is something that goes against what some social media coaches teach, is that after 2 hashtags Twitter no longer pays attention to your hashtags whether they are relevant or not, so you can’t pick-up traffic from them.

How do I know that Twitter has a 2 hashtag indexing?

There are a few factors to how I know this information. First, let me start with a little backstory. I was trained that you piggy back off of hashtags and make sure that they are relevant to your topic of your post. The reason why the person that was doing the coaching on this tactic was, and this is their words, “you pull traffic from those hashtags so get as many in there after your content that you can fit before the character limits are reached”. Does this tactic work? Sure it does work or should I say, did work, till Twitter started taking more pride in their key-wording system (the hashtag) and their platform. Consider it a defense against spam.

I am actually grateful that Twitter did this. In 2015 I started to surround myself with people of better mindsets and visions for their own businesses. That is when I heard through the grapevine that Twitter, after two hashtags, didn’t really throw traffic at you. Sure their system looks at them but you technically only get credit for traffic on the first two.

So then I did some testing and started only utilizing two highly relevant hashtags on my tweets. Now if I could only fit one in before the character limit, then I made sure that one hashtag used was the one that I could use of highest relevance and targeted to the audience I wanted to tap into. From my testings I went from 900 follower stats that would go up and down (lose and gain followers) to almost at 1.2k twitter followers on my account and counting a 1% unfollow rate instead of 8%. Now you won’t get away from unfollowers they will happen, you just want to work at getting that at the lowest percentage that you possible can.

Here are 4 tactics to benefiting from hashtags through: traffic, followers, engagement, and lowering your unfollower percentage:

I am sure that you have probably heard this rule from others, but I am going to repeat it with a little bit of a twist. Twitter’s system frowns on accounts that have a higher following percentage (count), than that of their follower percentage.

Here is the key – don’t follow back people just because they follow you. Not only will this be a waste of your time, Twitter newsfeed, but also your profile. You want to be following people that can enrich your business journey, give you value, and that you can turn around and engage with due to the value of content they put out on Twitter.

Here is the diamond in the rough and the importance of following those that give value. You can retweet, heart, even respond to those that give out value tweets. This in return gives you a source of value that you can share with your audience and that retweet is seen by their followers not just yours. What does this mean? It means you open up the door to having the possibility of getting their followers to follow you. People will follow like minded people or people the perceive to be of like mindset.

#2. Do this one style tweet to get engagement at least once a day

People love motivational quotes. There are quotes that can be classified motivating for any niche, so don’t think because of the niche/business you are in you can’t do this technique. At least once a day tweet out a motivational quote and make sure to use at minimum one hashtag and at maximum two. You want the hashtag to be not only geared towards the quote but also the audience you want to reach.

So if your quote is motivation towards mindset, then mindset would be at least one of your hashtags. You will be getting traffic from the target of the hashtag that you use. Plus there are people that go out looking for quotes on Twitter and some of your followers will also become a part of that group that hearts and/or retweets your quote.

You do this once a day you can get your tweet to be shared across Twitter and open up your reach even more.

#3 Don’t let your self promotion overpower your value

We all know that everyone wants to generate income online, but that doesn’t mean we have to have it shoved in your face, down your throat type of thing.

You want your value tweets to outnumber your self promotion tweets on a daily basis. So for every 3 value posts it is okay to do 1 self promotion tweet. I tend to lean more towards 4 value to 1 promotional. This is the bread and butter that will help you to lower your percentage of unfollowers.

#4. Stop putting #followback and other ones into your Twitter profile

A few years ago it was big using those as part of your profile to get others to follow you and you give them a follow back. Do not do this, and if you are doing it, stop.

Instead utilize using the # sign on words that describe you in your profile. If you are a mom put a # in front of it or maybe you are a life coach you would put #lifecoach. Get the idea? So get out there and do that instead of the outdated tactics to put up followers, this way will still get your followers from the use of the # sign due to it being better targeted to you as the brand.

Are there more tactics? Sure there are but these are the top four that will help you to get that much closer to using Twitter as a targeting tool to connect, bring value, engage, and build your target audience.

Do you have some tactics to add to this list that is outside the box from what others say you must do and is all white hat techniques? Or maybe you have a question? Ask away in the comments as I love seeing others feedback on how they do something and enjoy helping to answer questions for those that are looking to grow and expand their business.

Images: ”The Power Of Hashtags  /Shutterstock.com“ 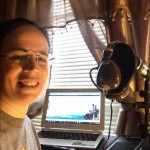 Media Awareness: How to Shape Stories About Your Organization Developing Your Brand Voice on Social Media: 5 Mistakes to Avoid