How to Turn Social Channels into Lead Generation Machines

For most businesses generating leads is the ultimate goal of social media. However this is one area where most business has trouble as well. So let’s look at some things which you can do to generate more leads from your social channels.

Before you create a social media marketing strategy or a lead generation strategy it’s important to understand your product, what problems it solves and the audience that will be interested in your product.

Large companies and big corporations hire analysis to do this for them. For startups and small business identifying these are not so simple. However it’s important to spend some time doing this because otherwise you’re likely to waste your time and money marketing to the wrong people.

Getting the audience right is important for any marketing effort but critical for social media marketing. Their algorithms are based audiences and what they like, so if you initially get a lot of followers that aren’t interested in your product or service then you’ll have a hard time organically promoting your content in those channels.

So now you know the importance of finding the right audience let’s take a look at generating leads from some leading social networks.

Twitter is not as popular as Facebook among businesses. This is understandable considering the brief nature of a tweet. However for some products it can be a great place to run a marketing campaign.

Important thing to note here is that you only pay per lead so if you’ve targeted properly you should be able to see a good ROI without much of an issue.

If you want to have more control over who sees your tweets and visits your website then you can use a tool like Socedo to generate leads from Twitter. Instead of sending a twitter ad to a target audience they will show you potential prospects based on your defined criteria. Once you approve them an automated sequence will like their tweets, follow them and send direct messages.

It’s very easy to track mention in Twitter and if you’re not doing you’re missing out on some easy sales. Whenever someone recommends us to a friend we try to engage those users and help them solve their problem.

The company I work for frequently get recommended as an info-graphic drawing tool but since it’s a diagramming tool which can be used to draw many different diagram types some users might not get the idea by just visiting the home page (which is how most users mention it). As soon as we see a mention like that we quickly send them a blog post that specifically talks about creating infographics.

If you’ve managed a Facebook business page for even a short time you’ll know that it’s becoming increasingly hard to reach people organically. It’s easy to blame Facebook and accuse them of trying to make more money. But the reality is if Facebook started showing us each and every update of our friends and brands we follow we won’t be seeing even less content from our favorite brands.

Contest became so popular among business pages that Facebook had to bring in rules to monitor them and to stop them becoming a nuisance to majority of Facebook users.

Although not as popular as before even now they are great way to generate leads and attract the right audience. The trick is to figure out a prize that is relevant to your product, useful to your target audience and valuable enough to make then want to join the contest.

For example an iPhone might be a great prize but if you’re providing laundry service you might not attract the relevant audience. You can use a service like Rafflecopter to give it a boost and make it go viral.

Another great way to generate leads from Facebook. With Facebook tabs you can capture their information without asking them to leave Facebook making the whole experience a smooth one.

You can do this by going to developers.facebook.com or use some of the tools listed in this awesome article which covers almost every app you’ll need to run a successful Facebook page.

So far those are the two main services we use to generate leads for our service. However depending on your business you might want to test out other social networks like LinkedIn, Pinterest, Instagram etc.

For example if you’re providing professional services then LinkedIn advertising is a good choice. However from the little I tested they are quite expensive.

Whatever the channel you choose have a process in place to track spending and conversion to see the ROI. And make sure to A/B test your ads and creatives to see if something else is performing better. Otherwise you might discard a channel when in reality it’s your advert is the problem. 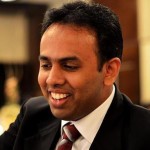 Your Guide to Social Media Marketing in 2022 How to Use LinkedIn for B2B Marketing