Social media is no longer just a tool to promote your business anymore, but a chance to build meaningful relationships with prospects and clients. If you want to extend your reach on social media, then it’s crucial you recognize this shift in consumer attitude.

According to a recent study, 71% of people who’ve had a good experience with a brand on social media are likely to recommend them to others. Building trust with consumers is vitally important because they tell their friends.

If you run a business or are a digital marketer then you’ve probably noticed the dwindling statistics of your social media accounts. It can be frustrating to put in all that effort creating great content only to see very little return from it.

You might even be considering throwing in the towel altogether with social media. It’s too time-consuming or expensive to bother with. But extending your reach on social media without breaking your budget is still possible. And as I’ll explain, all it requires is for you to stop yelling into the void and start listening instead.

It Used to Be so Easy

First, we need to back up a little. Social media used to be easy. All you had to do was shout your news out into the world and lots of people would see and share it. Those were the days! But times have changed. Reaching your audience on social media has become increasingly difficult.

This is most obvious on Facebook where organic reach for business pages has been falling for years. In the first half of 2016 alone, organic reach fell by a staggering 52%, as Facebook tweaked its news feed algorithm to favor posts from family and friends over that of businesses.

Social Flow’s CEO Jim Anderson commented at the time about the challenge facing Facebook. “(They had) an increasing amount of content and a finite amount of consumer attention, arithmetically there’s no other possible outcome than each individual post on average is going to get less reach.”

In other words, Facebook tweaked its algorithm to make sure its users saw the posts they were most interested in. Friends and family. And to be fair, who doesn’t look wistfully back on those early days of social media? Remember when you could share funny content without businesses, or worse, your parents poking their noses in?

By reducing organic reach on business pages, Facebook effectively hit the reset button. Great for individuals looking to catch up with their friends. Not so brilliant for businesses. The more cynical marketers out there might also interpret Facebook’s actions as a little convenient. By decreasing organic reach, Facebook has forced brands to pay for what they used to get for free.

Pulling the Rug Out

Facebook isn’t alone in pulling the rug from beneath our feet. Most other social media platforms have followed Zuckerberg’s lead and hopped on the pay to play bandwagon.

But as business strategist Mark Schaefer explains social media’s shift is symptomatic of a wider trend in business. The uncomfortable truth is consumers don’t need marketers to tell them about new products.

Nowadays customers are much more likely to learn about products and services from their family and friends. They aren’t hearing about them through adverts on radio, television or newspapers (remember them?) The balance of power has shifted from businesses to consumers and isn’t likely to swing back any time soon.

A Shift in Social Media

As Schaefer says, even a decade ago in 2009, “two-thirds of marketing was occurring without marketers. It happened not through advertising, press releases, or social media campaigns, but in how consumers connected to each other through social media, reviews, user-generated content, even influencers.”

The business world has been slow to react to consumer changes. But it seems as if they’re finally ready to play catch up.

But is it now impossible to reach customers? Happily, the answer is a resounding no. However, if you’re looking to extend your reach on social media then you’re going to have to accept that the rules of the game have changed.

Sure you could just give in and throw a whole bunch of money on paid ads. Or you could, as the saying goes – why work harder when you can work smarter?

If you’re willing to put a little effort in the right areas, then it’s still possible to extend your reach on social media. But without a doubt, the very first thing you should do when trying to increase your reach is to listen.

Listening is the number one thing you should be doing to extend your reach on social media. Ask yourself these questions:

These may sound like simple questions, but you’d be surprised at how many businesses can’t answer them. And the reason they can’t is that they’re not listening!

You can’t make an impact and extend your reach on social media if you have no idea what the landscape out there looks like.

Think of social media listening and monitoring as research. Remember simply using social media to amplify your content no longer works. You have to actively listen, monitor and engage in conversations surrounding your brand and your industry. In fact, 7 in 10 Twitter users want to hear back from brands they reach out to online. And 53% of those people expect a response in under an hour.

Worse still, according to Convince and Convert, not responding to customer complaints on social media decreases customer advocacy by an astonishing 50%, whereas responding increases it by 25%. In other words, you can’t afford to not be on the social media platforms your target audience is on.

But the main thing about listening is that you’ll learn a lot about your audience: what their interests are, what they want, and crucially what they expect from your brand.

Just by showing you’re listening to your customers you can completely transform the relationship you have with them and extend your reach on social media. People who feel listened to are happier and more likely to recommend you to their family and friends – word of mouth is more important now than ever.

Have you experienced a dramatic drop in organic reach on social media? Let us know your thoughts on listening and monitoring on social media or any other solutions you’ve tried in the comments. 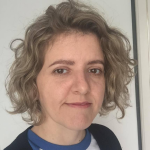 Faye Holder is a freelance writer for hire who offers blog writing, copywriting and content marketing services. She works with both B2C and B2B companies providing them with bespoke digital marketing content that increases their search engine visibility and social media presence. In her spare time, Faye can be found practising her Spanish on patient waiting staff.

7 Times When You Need to Call Your Accountant

Small business owners don’t have time to waste on tasks that other people could do just as well. As the…

The incorporation of Artificial Intelligence in the financial industry has changed the business landscape in more than one way.  This…

Guide to Selecting the Best Exterior Doors for Your Business

The exterior doors in your home say so much about the people living in the house. However, choosing a front…

The owners of local and small businesses, and entrepreneurs, know that a website is an essential tool for spreading their…

5 Ways to Add Value to Your Products and Services

In today’s digital age, business owners have more opportunities than ever — and they’re facing more competition than ever. Your…