How to Supercharge Your Marketing With Hashtag Research You know hashtags can extend your reach, right? You know you can get more shares, more traffic and more followers, right? So you toss a few hashtags into your tweets and Instagram posts based on the most obvious words…

Hashtags can be very powerful on Twitter and Instagram. And LinkedIn is even pushing hashtags, so who knows? The power of hashtags on Twitter is visually evident on this graph. But doing research pays huge dividends. We recently prepared tweets for two different divisions of a huge organizational client. We did the research. And we worked with each division to write the tweets. It was beautiful.

A tale of two tweets

The first division ran the tweet as we had presented it. This was a small division, with a social media presence of 30,000 followers on two Twitter accounts. We were very happy with the results:

The second division handed the tweet over to its in-house social media team. Argh. They butchered the tweet by changing both the text and the hashtags. Furthermore, they created their own image and suppressed the Twitter card we had programmed into the page.

They sent it to over 400,000 followers on three Twitter Accounts and one FaceBook account. In theory, the second division should have received 13 times the engagement and 13 times the traffic to its web pages. Well, here’s what it got:

In a word, research. Here’s what we did:

How to evaluate a hashtag

When researching hashtags, remember that numbers don’t tell the whole story. Just because a lot of people “use” a hashtag by placing it in their posts, doesn’t mean that a lot of people “use” the hashtag by following it. You don’t care how many fellow tweeters are broadcasting the hashtag. You care how many twitter users will see your post because of it.

Here are a few rules of thumb we used to decide which hashtags would be more useful in reaching new readers:

What else can you do?

We had already set up the Twitter card, but that’s another tutorial for another day. And we had written text that was short and sweet, that also contextualized what was on the Twitter card. In this case, the context was why we were tweeting it on this day (an anniversary). It could have been why we are sharing in on Twitter. Or it could have been to tie the content to current events.

We also added a couple emojis, which called attention to the tweet and also helped separate the hashtags from other text. We didn’t just throw emojis in for fun. The two emojis we added gave important visual context to draw the eyes of our target market. They showed visually the country and the sector .

You can’t do this kind of research for every tweet or Instagram post, unless you work for a huge organization. But when you have something important, it’s worth doing the research. Even looking at a single tool to see what is being used (published) the most, then thinking about what is most likely to actually be used (followed and/or searched) will put you miles ahead of just winging it. 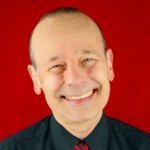