SMS Vs Email Marketing: The Gloves Are Off SMS Marketing is a relatively new concept in the world of digital marketing, compared to email marketing anyway. Since email usage became common place in 1993 there have been marketing companies trying taking advantage of email marketing as a method of reaching potential customers.

This is over 2 decades ago! 21 years to be exact, in this time email marketing has been through a golden period and has slowly become less effective, and often used as one of the primary tactics by marketing “spammers”. In comparison, SMS messaging was still in its infancy in the 90’s, initially SMS messaging was restricted to being sent between users on the same network, this had limited appeal to marketing companies. This restriction was lifted in the UK in 1999.

The development of SMS gateways opened the doors to marketing companies, enabling them to send bulk SMS messages to multiple contacts at the same time.

How Effective Is Each Method?

It can be said that each method can be applied to different situations but generally speaking the effectiveness of SMS over email marketing can be measured.

The number of emails sent everyday in 2011 was a huge 144.8 billion! (Radicati Group), compared to just 150 billion SMS messages for the entire year in 2011 (OFCOM), that’s roughly 411 million per day.  It’s clear to see that there are a lot more emails sent every single day compared to sms messages.

The click through rate once the text message or email has been opened is highly important; this is often the main aim of the marketing message, to drive traffic through to a website.

The international telecommunications union reports that there are 6 billion active mobile phones worldwide, which offers a huge number of potential recipients. The Radicati Group reports that the number of active email accounts is 3.6 billion; email therefore has the potential to reach more users.

Modern smart phones have enabled both SMS and Email marketers to reach people via the same device; mobile phones are usually in close proximity to the user, meaning that they are more accessible than in the past.

However let’s look back at the open rates of SMS messages vs. email… 98% of people will open an SMS sent to their phone, 44% will open an email sent to a mobile device. This shows that the engagement of SMS tends to be much higher compared to that of email messages.

In the past Email marketing was one of the most successful tools a marketing company had in their arsenal. However over the last 10 years their effectiveness has started to diminish. SMS marketing is now becoming more and more common, with a performance which is greater than email marketing.

Usage of email still remains higher than SMS, but a huge percentage of these emails don’t get opened and are often seen as spam. Smart phones have given marketing companies the ability to reach people on both channels, directly in their pocket. 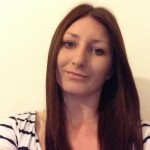 Exciting Email Design Trends to Look Forward to in 2020 6 Tricks to Improve Your Email Conversions in 2020