Are you fed up of doom and gloom merchants in the media peddling stories about the woes of Ireland Inc – questioning if the country can escape its current mire? Need an antidote? Here’s a social media success story for SMEs you should know about. It’s called the #SMEcommunity – one of the fastest growing social media driven business networks for SMEs in Ireland.

Born just last June, as a result of a conversation between three entrepreneurs scattered across Ireland who wanted to create a way for smaller SME companies to get in touch and help each other…

Whether inspired by these words or the mood in the country after the equally inspirational visit of Queen Elizabeth of England to the shores of Ireland in May – their idea has taken off, and how.

It hasn’t taken long for the seeds that Kehlan and the two Debbies planted to blossom – as supporters of the #SMEcommunity grew from 2 to 10 in a matter of days, from 10s to more than a 100 within a month and is now approaching 1,400 participants and growing daily.

But what is it that makes this SME community so successful?

It illustrates what it’s possible to do through social media via:

It’s a 100% community driven networking group in action and it’s:

But the action isn’t just online.

Much of the #SMEcommunity’s success also comes from the way it is marrying offline and online activities to help cement friendships and business relationships among SMEs of every ilk – often connecting people who are in disparate locations.

As I mentioned in a previous blog, integrating offline and online marketing activities together offers the opportunity to create a multiplier effect – where the cumulative effect of combined communications far exceeds the sum of the individual parts.

And the #SMEcommunity does this in style.

Following on the heels of 2 successful TweetUps in Dublin – the #SMEcommunity recently ran its first national event at the County Arms Hotel in Birr. And over 100 entrepreneurs came from the East, West, North and South of Ireland  to make this event a smash.

Hear what participants in Birr had to say about what the #SMEcommunity is doing for their business:

How does this story inspire you? 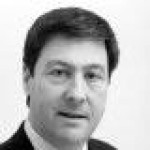