Running An Effective Twitter Contest For Your Small Business

A few months back I ran a small Twitter contest in the hopes of getting some attention for my business Twitter account. This was my first time attempting a Twitter giveaway, so I wasn’t expecting a whole lot to come from it. My main goal was to learn a little about running a successful contest, so that my next campaign would be successful. This goes back to the whole Fail Early, Fail Often philosophy.

As I expected, I had a lot to learn about running a successful contest on Twitter. In the end, the contest was not a huge success, however, I did get more out of it than I expected. I’d like to share my lessons learned from this exercise, and hopefully hear your thoughts on this topic. But first, a bit of background on my motivation behind this.

I’ve done a decent job of gaining followers, and meeting new people with my personal Twitter account. However, I had neglected my business account. The main problem I had with the latter  was that I felt awkward having a conversation with someone from a company account. It feels much more natural, at least for me, to engage someone in a conversation when you are coming from a personal account with an image of you – people like to know who they are talking to. On top of that, I’ve learned that people are much more likely to follow back a person than they are to follow back a faceless company who they know nothing about.

So I thought that holding this contest would be a good way to engage people without feeling too weird about it.

Is your target audience on Twitter? This probably goes without saying, but I’ll mention it anyways. If your target market is not on Twitter, you won’t have much success with it. Twitter is very popular among small business and tech enthusiasts, but not so much among other demographics. If, for example, you sell the JitterBug, a cell phone for the elderly, don’t expect to find a whole lot of customers on Twitter.

Choose your giveaway wisely. An important aspect to consider is what your target audience is interested in. If your giveaway doesn’t match their interests it will be a lot harder to get the right people to participate. Something like an iPad is a good, all purpose giveaway that tends to appeal to a large audience. But I suggest you come up with something a bit more interesting. For instance, if you are in the business of social media consulting for small businesses, you could give away X hours of your time to revamp one small business.

Ask in proportion to what you give. It’s important that the perceived value of what you are giving away be comparable to the effort required to enter the contest. If you are giving away something with a perceived value of $1000, people will invest more time and energy into entering the contest than if your giveaway is only valued at $50. So if you ask people for too much, and give away too little, your contest will fail.

Be proactive. You can’t just sit back and rely on people finding you. Search on Twitter for potential participants, and send them a tweet about the contest – but don’t spam. I also recommend contacting some of your followers, and asking them if they could share the information with their followers. The more work you put into your contest, the more you’ll gain in return.

Search for the right keywords. If you search on Twitter, you will quickly find that there are a ton of accounts whose only purpose is to promote contests and giveaways on Twitter. I initially made the mistake of focusing on keywords like #contest and #giveaway to find what I thought were relevant accounts that would help promote my contest. But I quickly learned that this was the wrong approach. Instead search for industry keywords that relate to what you are giving away because these people are more likely to be interested in what you have to offer. (I also have a suspicion that the pure giveaway Twitter accounts are part of an affiliate network, and won’t help you unless you pay them to.)

Know what to tweet. In most cases you’ll probably write a short blog post describing the contest. When tweeting about your contest, don’t simply include the title of the blog post with the link. Try to include as much information about the giveaway as you can, while still leaving enough room for retweeting. For instance, if your giveaway will require participants to tweet about your contest and follow you back, make sure to put that in your tweet. People will not always take the time to read an entire blog post, but if you can provide them with all the information they need to enter the contest in the tweet, you’ll get a boost in participation. Take a look at these examples:

Get a free iPad – [your link here] 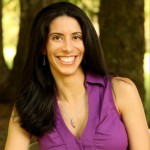