Best VR/AR Marketing Campaigns You Can Take Inspiration From

Some inventions come with a bang that completely turnaround our lives, and then there are some hidden treasures that take time to realize their full potential; VR belongs to the latter group. VR first made its debut in 1968 and it wasn’t until 2017 it became mainstream.

VR initially was thought of like a match made in heaven for the gaming industry after Sega introduced a VR set. It wasn’t long before marketers realized VR’s potential for advertising. In 2010, when an 18-year old boy created the first prototype of the Oculus Rift, Facebook jumped at the opportunity and bought it for $2 billion in 2014. The social media giant is now planning to add social features to the headset and integrate it with its social platform. Soon Oculus users will be able to post through their Oculus, chat with their friends, and plan events in VR.

A lot of companies including Apple, Samsung, and Google have jumped on the VR bandwagon since then. The virtual reality market is expected to reach $16.3 billion by 2022. Thanks to these tech giants, marketers have been able to unleash their creativity and design intriguing campaigns as we have never seen before.

Why Do Marketers Love VR and AR?

Although VR has been gaining traction like never before, it is still something from the sci-fi future for most people, which is why it hasn’t been able to pick up the pace the tech companies would like to.

Marketers are, however, absolutely head over heels with this new technology and have started to experiment with the basics. Shifting to an entirely new technology takes time and effort, but it seems that the fear of the unknown hasn’t discouraged marketers from exploring this new territory, which begs the question of why they are so excited about this? Is VR just some marketers shenanigans that they want to show off or does it bring actual results?

Well, apart from just looking ‘cool’ marketers also need to justify their investments by showing returns and it seems like VR has proved its worth. This immersive technology is slowly bridging the gap between marketers and their target audience.

Consumers are usually skeptical about advertisements and would go to any lengths to avoid them (It takes only 5 seconds for them to hit the skip ad button), but VR makes the entire experience engaging and fun for consumers, without being annoying or intrusive. Intrusiveness is a huge issue that haunts consumers. Marketers can throw any trick up their sleeves to force consumers to view the ad, but it only ends up spurring a negative sentiment in their consumers.

With AR/VR, brands get to interact with their consumers on a personal level, instead of just blowing their own trumpet all the time. HTC introduced a VR AD service in its headset along with eye-tracking technology in 2017. It allowed developers to monetize their games and eye-tracking allowed advertisers to see whether the ad was viewed or not. Creepy for us, but lucky for the brands.

The best part about this immersive technology is perhaps that it is affordable. It costs around $200,000 to place a full-page color ad in The Wall Street Journal, depending on the industry, while it takes only $15000 to develop a basic immersive ad, which is way more engaging.

Now that VR is solving the advertising industry’s biggest pains: cost, intrusiveness, and viewability, the industry is experimenting with the technology at an unprecedented rate and its efforts are commendable.

Here are some of the fantastic AR/VR campaigns that will push-start your creativity engines:

Has it ever happened to you that you spend a lot of bucks on a piece of furniture, and when you bring it home, it doesn’t go well with other pieces? IKEA was smart enough to know the problem faced by its customers and went out of its way to help them. The retail store very creatively built an AR app, IKEA Place, that allows customers to see how furniture from its catalog would look in their homes before they take out their credit card and then risk regret later.

“When we first launched Ikea Place, we gave our customers the opportunity to ‘try before you buy’ for the first time since Ikea was established,” said Michael Valdsgaard, leader of digital transformation at Inter Ikea Systems.

The app also allows users to take pictures of any furniture piece that they like and then find a similar one on IKEA.

Do you find yourself overwhelmed at the cheese aisle because there are way too many options and you just don’t know which one would taste better? Boursin cheese understood its customers’ dilemma and took them on a sensory ride with the help of virtual reality.

Boursin cheese realized that customers were not aware of the various flavors it offered so instead of placing a brand ambassador in stores to convince people to taste its cheese, Boursin merged sampling and virtual reality together.

Boursin combined Oculus rift with CGI animation, sounds, and carefully chosen ingredients smell for the product samples. This activity was conducted at a mall in London and participants’ reactions were shared on social media with the hashtag #BoursinSensorium

Pepsi Max became the talk of the town when it used augmented reality to convert London’s bus shelters into ad platforms. Usually, you can see people sitting around all bored waiting, but when Pepsi swished its magic wand, people just couldn’t get enough. First, the things they saw scared the hell out of them and once they understood what was going on, they just couldn’t get enough of it and enjoyed the experience thoroughly.

Pepsi used augmented reality to convert bus shelters into fake windows and people could see flying saucers, robots attack and a tiger on the loose through it. Pepsi probably used a camera on the outside to capture people on the streets and mix it with augmented images. Although no one was fooled for long, it did manage to give that two-second mini heart attack to some.

Adidas has a separate division called Terrex for hikers and trekkers who are fans of the brand. Terrex found a fantastic way to spur the interest of non-hikers when it joined hands with Somewhere Else, a tech firm to create a VR experience of two famous climbers, Ben Rueck and Delaney Miller.

The immersive experience took viewers on a journey with these two climbers rock by rock. Adidas gave participants a VR headset and two sensory remotes so that they could feel as if they were climbing the mountain themselves. Instead of sticking to the niche only and marketing its products strictly to hikers, Adidas garnered the interest of those who hadn’t tried this activity before. Very cleverly Adidas attracted people towards the hiking experience first, which would subsequently get them interested in their product.

Oreo took its advertising up a notch when it launched a VR social media ad that took viewers inside the Oreo Wonder Vault. The Wonder Vault was launched a year earlier as a taste-testing experiment before Oreo fed the world with innovative flavors such as Birthday Cake.

The VR experience took people on the journey where Oreo showed how its latest creation of cupcake filled cookies were made. All users had to do was use Google cardboard to be a part of this immersive experience.

Is VR the Future of Marketing?

VR is penetrating into the advertising industry as the availability of high-speed internet becomes common. All you need is a glitch-free internet connection. If you are in the US and happen to be in Florida with a troublesome internet, then check out Spectrum internet in Tampa, FL to get the most reliable internet service in town.

Today, a lot of people don’t own a VR headset, which is why marketers can only play with the fundamentals of VR technology, rather than leverage it completely.  Once VR becomes ubiquitous, marketers will be able to reach a wider set of target audiences.

Consumers ditched the TV and switched to the internet for content in order to avoid those intrusive commercials, but marketers crept into the web as well. Mobile and display ads provided a solution to marketers, however, there is an issue of viewability and click through rates.

VR provides a chance for marketers to redeem themselves. VR allows brands to offer value to customers instead of just mindless slogans. Millennials are different from their ancestors; they want to associate themselves with a brand whose values match their own. Also, they are tech-savvy since they were born with technology around them, they value two-way communication. They are addicted to social media and they want to get entertained rather than being annoyed.

Through VR, marketers can make a strong connection with the audience through storytelling and creative content. If used properly, marketers can leverage the power of VR and take advertising to the next level. 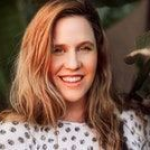