Content marketing is all the rage and has been for a long while now. When effectively executed, content can drive market awareness, generate leads and position a brand as an industry thought-leader. But in order to deepen brand identity and brand development, the content produced needs to be engaging and authentic.

Otherwise, the risk is that you create something that not only fails to sell your brand but actively repels people. Let’s look at a recent example of local content that had exactly this effect.

Australian roadside assistance company Ultra Tune recently launched an ad starring Mike Tyson and a live tiger. The bizarre spot featured three women in a four-wheel drive, forced from the road when the aforementioned tiger appears in their headlights. Following a collision with the nature strip, Tyson arrives, not to help, but apparently looking for his pet: the rogue tiger. He proceeds to do an impersonation of the animal, swiping the air and growling awkwardly. This is interrupted (thankfully) when Ultra Tune comes along to save the day.

Now, here are four crucial points the brand should’ve kept in mind while creating their content but… didn’t.

You’ll never hit home with content that doesn’t speak your audience’s language. This is where a brand strategy agency can help. To achieve success, companies need to uncover and appeal to their target audience’s particular character and tastes.

This is something Ultra Tune has done to a fault, however. They’ve pigeonholed their audience as loving cars and girls and sports. But is their audience that one-dimensional? Having created this kind of content for a long time now, isn’t it time Ultra Tune takes another look at themselves, and how their audience is changing? Isn’t it time to reconsider their marketing strategy? I think so.

There’s a danger of content being created that does not reflect the brand’s key purpose, content produced without the creators really thinking about their aim.

With social media so inescapable these days, content is everywhere. The four Ps of marketing still apply: purpose, positioning, product, and performance. And a brand’s values should guide any content they produce, from ideation to design to creation. There should always be the aim of creating something meaningful.

By contrast, the Mike Tiger spot feels meandering and without any real point to make or reason for making it. What does an American boxer pretending to be a tiger has to do with an Australian auto-repair service? Ostensibly, very little.

OK, the brand’s tagline of “avoid unexpected situations” has at least some relevance to the content. But the journey to get there is pretty excruciating. And what exactly are they trying to say? Avoid Mike Tyson? That’s a can of worms that’s best left unopened from Ultra Tune’s standpoint, I think.

3 main types of content are relevant to brands in order to engage and expand their audience:

Ultra-Tune’s Mike Tyson spot is an example of hero content. With this in mind, they really should have put their all into it. And by that, I don’t just mean a big budget, but a lot more thought.

At least the brand managed to repurpose the overarching content into smaller, snackable assets, which they peppered through their Instagram. Whilst not much can be said for the content itself, using it in this way is a smart move. By doing so, Ultra Tune has maximized on their marketing budget, which – after forking out on a high-profile celebrity – was definitely advisable.

Some of the most successful content is the result of the brand’s thinking on their feet and acting quickly. Such a move can be a real boon to your brand recognition. That being said, content should always remain relevant to the brand.

A perfect example comes from 2017 when Ikea responded to Balenciaga’s release of a designer bag, which looked strikingly like the cheap tote bags available at the Swedish furniture franchise. The brand copied Balenciaga’s photography of the bag and published it in a sleek print ad and social posts. Supporting copy explained with humorous sincerity, “How to identify an original Ikea Frakta bag”. This speedy, well-executed response was applauded by observers, with the brand’s audience lapping up the wit they’ve come to expect from Ikea.

Can the same be said in the example of Tyson’s Ultra Tune gig? Not really. Mike has long since passed the high point in his career. Beyond that, the spot comes at a time when women’s rights and consent issues are hot topics. So it seems ill-conceived to cast a convicted sex offender alongside a troop of suggestively dressed women. I mean, Ultra Tune hardly comes across as a brand with their finger on the pulse of contemporary discourse…

When planning your content calendar, it’s vital to take a moment to think about what your brand should be saying. In addition, you should consider what your audience wants to hear and how you can give them something that’s engaging, timely and on-brand. If you take all this into account before you get going, you’ll avoid falling into the Ultra Tune trap and be sure you aren’t just making content for content’s sake. 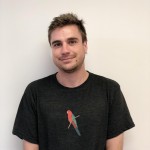 Sleek Logos Are Bound to Make an Impact on Your Brand How To Create a Powerful Brand Identity for Your Business The 9 Segments of Your Brand Story