Learn How To Brand From The Wu Tang Clan

Here are 3 branding takeaways from the Wu:

Know your brand right away and say it loud

Everyone that listened to the first album recognized the talent of each artist pretty quickly. While they were marketed as a super group, each member had a unique flow, personality and yes “brand” that was strategically different from the other members. Fans gravitated towards a certain rapper over another and awaited their solo albums to drop. Their individual names were mentioned almost as much as the group’s name in each song.

Be strategic with your brand

I remember inside their album cover there was a mail-order form for fans to purchase their merchandise.  Not knowing the success of their first album they took a risk and had already invested in their own clothing lines. Within months after the album dropped I started noticing fans from the inner-city to the suburbs rocking Wu Tang gear.

All merchandise purchased by mail-order was delivered with promotional materials that marketed the upcoming albums of the individual artist in the group. Each artist had their unique hook/slogan emblazed across hoodies, hats and in “the Riza’s” case ice grill fangs sales jumped across this U.S of A. Come now don’t “front” we all rocked grill fangs.

How many 90s groups can brag that they had over 30 members in their group that dropped  individual albums, owned and marketed a diverse portfolio of businesses and had their own movies, video games, clothing line, toys, documentary, production company, Kung-Fu inspired remakes, Wallaby inspired shoes, etc.  Yo man – Ghostface Killah had kids trying to rock a life size gold eagle bracelet on their arm.

There was nothing complex about the Wu Tang Clan’s brand and message. It was raw New York City base hip hop that was infused with their love for King Fu flix. They were one of the first rap groups to have a cult following where fans served as their marketing agents plastering posters and stickers of their logo all over the country. Fans not only knew all of their lyrics, but also their funny skits, interludes, introductions and outros.

There was nothing like it out there when they first came out. If you said “killa beez” people knew you were referring to the Wu. Some random taxi driver would respond back by screaming “on a swarm”. Their logo was simple, names – catchy, music – catchy, videos – memorable and production was simply amazing.

It has been many years since the Wu Tang Clan dropped a group album. Many of them have gone on to become successful solo artist, producers, actors, writers and entrepreneurs, but people still associate them with the Wu Tang Clan. This new generation of rappers and artists still praise them for their contribution to the hip hop community and music industry.

I recently went to Target to purchase dress shoes for my daughter and saw the Wu Tang Clan t-shirt in the men’s area.  Yes in Target. What???? – I had to cop it! How is that for brand loyalty. WU TANG FOREVER!!!! 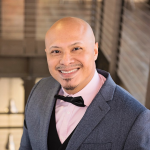 Brand Consistency: 5 Ways to Stay Consistent Across All Relevant Channels What Does Branding Mean? Why is it Inevitable for Your Business?