Is Your Company Socially Responsible?

It is that time of year when charitable giving and thinking of those less fortunate gets the most prominence but a CSR policy is not just for Christmas, it is for the entire year and is something that every organisation large and small should consider.

Many companies realise that they don’t have to do something extra to be socially responsible. In some cases it can mean changing existing practices to be more ethical and aware of how your business practices affect the community and ultimately the world around you.

When I started working at Sage Ireland one thing that struck me was how social responsibility is an integral part of the everyday business operation. Sage Ireland finalised its CSR policy in 2010 and since then the CSR team within Sage has been working to fulfil their objectives.

Maurice Whelan who has executive responsibility for the CSR initiative in Sage explained that the Sage CSR policy includes initiatives related to the environment, the community and the workplace.

These include using local suppliers to support Irish jobs and minimise the carbon cost on deliveries and sourcing from ethically sound providers such as Rackspace who plant tress to offset the carbon cost of their servers in their data centre.

Charities that Sage have directly helped and donated money to include Aware, Pieta House, The Irish Cancer Society and Saoirse Women’s Refuge.

The cynical view would be that the actions that business take to be social responsible also have a cost saving benefit for the business such as tax credits for charitable giving or a direct cost saving for ‘green’ actions like reducing electricity consumption.

The important point is that clever business practice takes a lot of different considerations into mind when making a decision about a particular part of the business operation and companies that are responsible will also have this as one of the items on their list during the decision making process.

Benefits of CSR to a business

There can be many business benefits of CSR such as staff retention, improved public perception and reputation of the company and brand differentiation.  If this has got you interested, here is a list of small things you can do to be more socially responsible in your business;

Perhaps this has given you some ideas as to how you can be more socially responsible in your own business and if you are already giving back let us know how by commenting below. 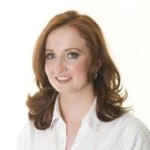 Socially Responsible Content and Why Brands Need to be Diligent