Now that you have created an innovative app of your own, you may want to take it a step further and venture it into the international market. At first, you may become overwhelmed and have no clue where to start. Another important thing to consider is that if your app is coded in only one language, they’ll need to seriously consider translating it. After all, the international market is filled with countless languages.

This app launch strategy will give a better idea of where to start, so you will be able to get their app a better app store ranking as well. Here are some international marketing strategies for apps.

Both Apple and Android made 20 billion downloads in 2011. A little under half of the smartphones bought in the U.S. originate from China, even though China produces the most smartphones. Surprisingly, about eight out of 10 of the most popular iphones are not coded in English. There are thousands of people around the world who have the money to afford these devices. At the same time, they cannot access them due to the different language. This leaves a huge market out there waiting to be reaped.

However, you cannot put all of your efforts into integrating every language into their app, as this would be impractical and very time consuming. Instead, you should decide which countries are the most profitable. For instance, if only 100 people in Egypt use smartphones, it would be ineffective from a marketing perspective to integrate that language into the app.

Until you get your app on any kind of market, you’ll never know whether or not it’ll be successful. Once you does get your app on the market, you should start by translating the app description into another language, preferably one that’ll gain the most profits. This way, anyone who speaks another language will at least have an idea of what the app is about when looking through the app store search feature.

Most importantly, the title itself should be translated as well. In fact, you should try to translate into more than just one language. However, before doing any of this, you should thoroughly research marketing statistics of different countries. This way, the app maker has a better idea of where to experiment with their app.

As soon as you complete the above mentioned steps, you’ll need to take a good look and analyze your app statistics, such as visits, downloads, etc. This will ultimately give the app maker an idea of where to fully translate and launch their app. Again, you may need to eliminate certain languages that promise no real profit or benefit. If you see a large increase in downloads from a particular country, you’ll need to then consider localizing the app. Although localizing and translating are similar, localizing takes it a few steps further.

In a nut shell, localizing involves translating the app to where it meets the country’s cultural requirements, currency, symbols, icons, colors, etc. The seven key points to localize are:-

Fully localizing an app makes it much more appealing to the particular country or culture.

If you begin to see an even greater increase in your app downloads, it’s time to move to the next level, which involves building a team for that specific area. Now that the app has been fully localized itself, all elements surrounding the app, such as websites, social media and the like, need to be localized as well.

The team that an app maker builds will primarily do all of these tasks. However, building such a team requires a lot of dedication and work. If done right, you will see an immeasurable increase in results and sales. In order to go fully international, the app creator will need to localize their website or blog, social media pages and marketing strategies. They’ll also need to hire local marketing support, local public relations support, local customer service support and local legal support. A local patent will need to be obtained as well.

Determine If the App Is Really Useful

When thinking about internationalizing an app, you should think long and hard about whether or not it offers a real solution to the world. Also, the app creator will want to ensure that they have all the resources, including money, time, knowledge and connections, to internationalize their app. Ideally, you should come up with a game plan of exactly how you’re going to internationalize the app into the best apps market. If you doubt the usefulness of your app, then you need to either improve the app or make a new one entirely. In some cases, this may require a better understanding of computer coding. Regardless, you will need to ensure that your app is gold, so to speak.

In order for any business to grow, the revenue must grow at a faster rate than the cost of deployment to another country, which can wind up being very expensive. Ideally, one should create an app that can be used globally. Although creating an app that’s globally appropriate is nearly impossible, you should create an app that’s easy to tweak according to the different countries and cultures. For instance, an app that’s primarily centered around a specific country or culture will be a lot harder and more expensive to change later down the road. The idea is to find the perfect medium.

Always Think About the User

Throughout the entire process, one should constantly keep the end user in mind. In other words, make sure that the app is gold to the market, or users. This also means making the app equally useful and beneficial to all cultures around the world. After all, the better the app, the more it’s going to sell. In turn, this will raise revenue. As a golden rule, never sacrifice the user for anything.

Be Aware of Cultural Differences

In order to better understand how each culture is run, you will need to do some serious research. This includes everything from the culture’s language, needs and even way of living. In fact, you will find many cultures and countries that have nothing to do with the app along the way. However, if the percentage of those not interested is small, then the app creator should simply leave them out of the equation entirely. “You can’t please everyone,” is a saying that strikes very true in this situation.

The entire process can lead someone to be mentally scattered and confused, so it’s vital to follow only the main objectives and goals. The app itself, the very heart of one’s business, is one of the main things to focus on. 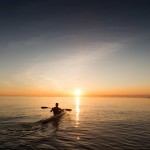