Global companies rely on translation to get their message across to each territory in which they conduct business. However, straightforward word-for-word translations don’t always go far enough. Taking a tagline, or any other text, and simply rewriting it in a new language simply isn’t enough to ensure that worldwide customers will understand your business. Instead, as specialists Global Voices note, opting for transcreation, rather than translation, puts marketing materials into “the most linguistically and culturally appropriate message for your target international audience.”

While this requires a great deal of skill and nuance, including a wider knowledge of the culture and consumer needs of a target audience, even the biggest brands have had to contend with some seriously mixed messaging when marketing their goods abroad. Not only can this be a pretty humiliating PR mess, but it can also be costly, considering the money wasted on the original advertisements, and the price of replacing them.

Here are three of the biggest international marketing fails we’ve come across.

In 2016, there was some furore about the banking giant changing its long-standing slogan, “The World’s Local Bank”, in one of the final decisions made by its departing head of marketing, who deemed the tagline “disingenuous”. This is good rebranding—well-thought-out and informed by changes to how the company itself runs.

Jump back seven years, and you may remember a slightly less successful global marketing effort, when its ad campaign revolved around the striking phrase “Assume Nothing”. Although in English it conveys the limitless possibilities of the financial sector, the advertisements were instead translated to “Do Nothing” in some parts of the world. As the Financial Times blithely put it at the time, this was “not the most desirable [spin] for a private bank keen to promote its money management expertise.” This international marketing push cost the company $10 million in rebranding.

Although the airline went out of business 30 years ago, Braniff remains lodged in many people’s memories for all the wrong reasons. Wanting to promote the 1987 introduction of leather seats to its planes, the company rolled out a series of advertisements with the tagline “Fly in leather”. So far, so good. Unfortunately, the promo hit snags when translated for radio and TV in Spain.

The phrase “in leather” translates into Spanish as “en cuero”, which sounds remarkably similar to “en cueros”—the Spanish phrase for “naked”. While not an issue for print advertising, it made Braniff something of a laughing stock when the commercials hit the airwaves. And while the company claimed “It was calculated, We wanted the Hispanic community to notice our ads,” an AP news story from just ten days earlier was far less defiant about the mistake. Whether or not the error was a hidden intention, it still helped Braniff gain press.

The importance of having cultural awareness in advertising doesn’t even need to extend as far as another country. Even within the 50 states of America, there are differences which could easily have been picked up with the right market research. Take the 2009 launch of Godfather II, a sequel that came on the heels of one of the last decade’s most anticipated video game titles.

Anyone in EA Games’ marketing department was surely expecting another no-brainer hit to rival the movie itself. However, many gaming journalists received something of a shock when their elaborate press packs arrived: alongside the game, the box contained a choking wire, a cigar and a set of brass knuckles. Although not illegal in every state, it is against the law to be in possession of brass knuckles in, amongst other locations, California—the home of EA Games. As Kotaku noted, “even shipping brass knuckles may be illegal” under the state’s Penal Code, which made it tricky when the company sheepishly asked for the weapons to be posted back to them.

The game sequel was met with mixed reviews and, while it’s impossible to say exactly how responsible the brass knuckle debacle was for its failure, the Godfather video game franchise is now sleeping with the fishes. 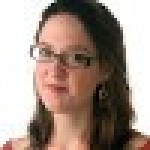