Instagram Influencer is an Instagram user who has a big audience and a high engagement rate. The user is able to create an impact on its followers or persuade them to, for example:

Influencer users are considered to be the celebrity. However, they aren’t usually known for any particular set of skills such as acting or singing. Rather than that, they are famous for their sense of aesthetics and lifestyle. This, of course, isn’t bad at all. It’s just a different kind of popularity.

The definition of an Influencer in this article calls them Instagram ‘users’ instead of simply ‘people’. There is a reason behind it. These users don’t necessarily need to be human. There are Instagram-famous dogs with over 2.5 million followers, like Maru the Shiba Inu. Of course, big brands and companies are a completely different category and those we don’t consider here.

Instagram Influencers are asked by various companies to feature their products in the users’ posts and Instagram Stories. Some Influencers charge even $25.000 for a single post! Read more about this later on.

This works pretty much the same way as making money. However, instead of cash, Influencers receive valuable objects. Those can be anything: from scented candles to designer bags. Senders let the Influencers keep the treasures hoping they’ll feature the products on their profile as a thank you note.

Different sources provide different information. The Independent UK says that Influencers with less than 100k followers charge around $75 per post and ones with 100k+ followers charge more than $500. According to Digiday, the rates are different. This source says that Influencers with approximately 100k charge min $1000 per post which is around double the amount mentioned by Independent UK.

Then, of course, there are the big media stars like Kim Kardashian who charges half a million per post. Considering her 100+ million followers and even higher audience reach, her rates are understandable. However, this article isn’t really about this kind of Influencer personas.

Though, no matter what the number is, the point is that Instagram Influencers make money and it sure can be considered a job type, not only a hobby.

Influencers are passionate about what they do. And that’s exactly what attracts their followers. Influencers genuinely share their enthusiasm with their audience. Because it is genuine, followers believe it and therefore are prone to be influenced.

Let’s take Rachel Brathen as an example. This Influencer, also known as the Yoga Girl, wouldn’t gain her 2 million followers if she wasn’t almost obsessed with yoga and healthy lifestyle.

Instagram Influencers all have written bios on their profiles. They do not leave them blank. Moreover, their bios are well thought-through. First of all, it is the very first thing their follows see after entering the account.

Bio can gain a lose a potential follower. Hence, smartest Influencers keep them engaging and interesting, with emojis, locations, hashtags, and keywords. Keywords are very important. Influencers are magicians when it comes to social media marketing. They know very well that including ‘food blogger’ in their bios will let them pop up in the search results next time someone types it in there.

Influencers share their personal stories. In addition to the colorful and aesthetic photographs in their posts, they share captions that engage, are relatable and speak on an emotional level. This drives likes and comments. The more likes and comments, the higher the visibility of the post on the platform.

Instagram’s algorithm, without going too much into detail, is in a way similar to Facebook’s. In short, the more post engagements, the more people will see the post.

However, posts themselves aren’t enough. Influencers work hard on featuring a certain aesthetic and logic among all their posts. The aim is that once a (potential) follower enters their profile, the feed will look consistent and in the same style. To achieve this, most Influencers use the same filters or editing techniques for every post. And yes, all Influencers edit their photos.

Influencers treat Instagram like their friend. They log in daily and post almost daily or at least a few times a week. The content is often about their day or some interesting experiences, something a friend would listen to. They never post five days in a row and then randomly disappear for 2 weeks with no prior notice. Don’t get this wrong, many users have an inconsistent online presence and that’s okay. But these users won’t ever gain the Influencer status

Influencers, despite giving an impression of doing everything themselves, they don’t. They aren’t afraid to ask for help, for example, from a professional photographer or a make-up artist. However, those ‘helpers’ don’t necessarily need to be people.

There are plenty of apps used not only by Influencers but in general by many social media marketers. Some of the most popular apps are Buffer and Hootsuite. They help with post scheduling on various social media platform, so not only Instagram. Of course, there are many more apps, especially photo editing ones. The one most widely used among Influencers is probably VSCO.

The article already mentioned how important is the use of keywords. Hashtags are keywords. Influencers work on finding a balance between monthly search volume of the hashtag and the potential traffic.

One option is to pick a very popular tag with over a million searches but then there’s a risk of the post disappearing among all the other published ones. The second option is picking a rare hashtag with let’s say 100 search volumes. The post most probably won’t disappear. However, the potential traffic then will be very little. The third option is finding a middle point between the two. Influencers tend to choose the last one.

Influencers make money with Instagram. However, it is difficult to negotiate rates and prove the size of the target audience without any data to back it up. Solution to that is a business account. All influencers have one. With it, they have access to all kind of insights: the gender percentage of their audience, age demographic, geographic reach or best posting time.

This data is then used to for appropriate post creation and selection, rates negotiation and measurement of growth. However, data is not the only benefit of such account. It also lets the Influencers choose the category their profile should belong to Public Figure, Artist, Brand or whatever else. Last but not least, it lets the users run Instagram ads.

Influencers pick up new things very fast. Probably one of the reasons why they are called Influencers as the rest follows later. Anyway, in 2016, when Instagram Stories were introduced, Influencers started to use them straight away.

Influencers don’t only use them for the obvious reasons like potential audience reach, posting pictures that don’t fully fit their feed or uploading snaps of their day. They often use Stories as a tool to communicate with their followers.

Instagram offers various features for that purpose. Those are, for example, polls or open answer/question boxes. Again, it’s all about engaging. Influencers aim to make their follower feel like a participant rather than an observant only. And they do achieve it simply through being responsive enough. Answering messages, responding to and liking comments creates the same effect.

Instagram Influencers share various characteristics. Key ones include their passion for what they do, Instagram algorithm-friendly actions like smart bio descriptions and the use of hashtags. They focus strongly on creating the best possible content with the help of analytics, external apps, and communication with their audience. The combination of these factors leads to added benefits such as earning income. Would you say there are more key characteristics present among Influencers? If yes, please share in the comments! 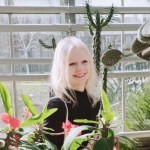