There was a time where the term “influencer marketing” was thrown around as a buzzword, and many people had no idea what it meant. But, even then, the practice of paying celebrities to endorse a product was something both businesses and consumers were well aware of. The reason behind this was pretty simple: people see a celebrity they idolize or identify with using a product, and they are, themselves, more likely to try it. But, in the back of our minds, we’ve always asked ourselves whether these people bought and used the same stuff that we find in our corner stores.

Does influencer marketing change all that? Well, when you do it correctly, it does. This is because the influential parties in the age of social media aren’t just movie stars and moguls — they’re otherwise normal people who live in the same world as the average customer, with the same challenges and perspectives.

And now that we have more information about how well this can work, businesses and brands are looking at the idea of influencer marketing as more than just the latest trend — they’re beginning to see it as a key method to reach their markets directly. Here, we’ll talk about a few of the things we’ve learned about influencer marketing in the last few years and why this has already become the next big thing for marketing.

Traditional Celebrities Are Being Replaced

Over the past few years, we’ve seen social media personalities replace even well-known and highly recognized actors and other celebrities. In fact, in a 2014 survey of US teens, it was found that the most influential celebrities weren’t the Daniel Radcliffes or the Leonardo DiCaprios you might have expected, though they ranked 15th and 20th, respectively. The top five influential celebrities were YouTubers. In fact, half of the top twenty were all social media stars.

As infuencer marketing platform NeoReach further explains in their blog, the reason behind the massive and growing popularity of social media influencers is simply that people listen to who they trust, and they trust people that they can relate to. And unlike the traditional celebrity-to-fan relationship, the relationship between social media stars and their audiences go both ways — influencers engage with their fans, and this further builds trust and encourages an engaged relationship. In fact, for the influencer, this is critical, and without it they can’t build or maintain an audience.

Influencers Are a More Targeted Approach to Marketing

Because an influencer’s success is directly tied to their relatability and the trust they have built with their audience, this doesn’t just present another opportunity for marketing; it presents a more direct and better-targeted marketing channel. For example, if Rand Fishkin endorsed a tool to the SEO community as a must-have, the odds are pretty good that every major agency would run out to purchase or download this tool. The reason is that Mr. Fishkin has spent years building his expertise and establishing a reputation as a thought leader. He’s been vocal and responsive to the ideas, concerns, and comments of his audience, and by authentically adding value, he’s established a huge amount of trust.

Many marketers might not know what the latest Google update really did or what it will really mean. But they trust Rand Fishkin to give them a pretty good idea. After all, their jobs aren’t so different than his, and it’s clear that he knows his stuff. More importantly, he shares it regularly, bluntly, and in-depth, even if that means letting the rest of his industry in on the “secret sauce.”

There Is a Place for the Microinfluencer

Not every influencer has to have millions of followers on social media or be a household name in an industry. Microinfluencers might have a few thousand followers but might love a specific brand or product. Even if there are only 100 of these people their tweets can reach millions of people especially with efficient hashtagging practices. YouTube is a great place for these influencers to flourish as brands never know when a video will go viral leading to thousands of subscribers. The little guy finally has the voice they deserve in influencer marketing and it is about time!

Not every brand can afford a huge name in an industry to become an influencer for them. The facts are that developing relationships with mid-tier influencers are more affordable but can also lead to long term benefits. Those mid-tier influencers can end up making a name for themselves and they will not forget who their friends are. These can range from bloggers who have a loyal following to social commentators who generate incredible content.

The content that these influencers produce is as important as their reach as quality content over time creates a reader loyalty as well as a growing reader base. The mid-tier influencer will also have the opportunity to engage with their followers more effectively as they will not have to reply to thousands of comments for each post.

Sending a potential influencer a spammy sounding email either will not be responded to or their rates to work with the brand will skyrocket. Building a relationship can be quite difficult on an outreach email as usually relationships do not start that quickly. It is important to make your brand more than just the company but rather the people who work at the company.

There could be a chance that your outreach team at a company might be missing out on a few influencers that could really make a difference for a brand. Perhaps this influencer is a little under the radar or they might be in a related field that doesn’t directly deal with the brand. Having some sort of platform for a brand is a great way to have influencers sign up for potential deals.

Joining one of these platforms is easy and teams at these companies know what converts. This takes pressure off of a brand as they simply won’t have to use the platform again if they didn’t get the results they expected or were promised. Not all of these platforms are created equal so finding the ones with the best influencers and the largest quantity is wise.

Influencer marketing is out of its infancy stage and people are finding that is can garner incredible results. The growth is not done in this type of marketing just like any type of marketing as it is an ever-evolving world. Marketers will continue to try to maximize conversions and measure different metrics to try to find the best equation for sales, followers, and brand recognition. What are some things you have learned about influencer marketing in the past couple of years? 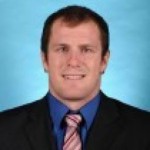 10 Influencer Marketing Tips for Your Brand