How I Make Money On Twitter And Why You Can Too! If I could show you how to make money on Twitter, would you be interested? I use twelve different Twitter accounts (more on that later) to sell different products, tools, and services. And, like any line of business, it’s only through trial and error that you identify the best places to focus your energies and make the sale.

One of the problems with Twitter is that there is so much hype, it’s easy to dismiss it as another fad, which is what I did until… well, until I saw that the really smart marketers were using it and saw HOW they were using it.

Where most of us go wrong is that we don’t sit back and study HOW others use Twitter. Most jump in, start tweeting, and hope for the best. There is a better way.

So, where do you start?

Before you go out there and start marketing yourself, here’s a suggested plan of attack.

Once you’ve got this in place, start looking at how the most successful folks use Twitter.

For example, some share quality information, others generate buzz, others inspire, and some are deliberately controversial.

The key word is ‘deliberate’.

They use different styles to attract readers, engage, and increase their sphere of influence.

Why are you telling me this?

Because before you start selling, monitor how others do it, adapt their tactics, and then see what works for you.

Related: Running An Effective Twitter Contest For Your Small Business

Now that you have the tools, made observations, seen mistakes others make, you want to get started, right?

Related: How to Write a Marketing Plan for Twitter

Twitter is a numbers game depending on your following (and quality of followers) but it does work once you get followers who share, retweet, and spread the word. And the key word here is Share. Having followers is fine, but connecting with those who spread the message – they’re the ones you want to work with!

Of the five mentioned about, selling your own products is arguably the most lucrative. Once you have the following, you can sell the products 24*7 and automate most aspects of the sales lifecycle.

What other ways do you use Twitter to make money? 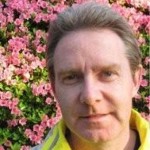 Tips and Tricks: How to Get More Money out of Your RESP