Just over a month ago, Google made a

A Brief History of Penguin

For those that are unacquainted with Penguin, it is a Google algorithm update first announced in the second quarter of 2012. Previously, black-hat SEO techniques were commonly used to manipulate search rankings. In order to limit the use of these techniques, Google introduced Penguin. The update essentially devalued pages that used spammy link building, a technique that involved using inorganic links to improve search ranking.

Yet, Penguin wasn’t updated regularly since it was introduced to the internet community. According to a list at the Search Engine roundtable organized by Barry Schwartz, the most recent update took two years. “The last [Penguin] update in 2014 – Penguin 3.0 – may have only affected less than 1% of US/UK searches, but that ultimately translated to 12 billion queries,” according to Christopher Ratcliff from Search Engine Watch.

Despite the fact that Google is “not going to comment on future refreshes” of Penguin, we do know that Penguin 4.0 is currently one of the 200 signals used by the company to sort web pages. Because of this, it’s safe to assume that Penguin is now likely to be more frequently updated.

Now that you have an understanding of what Penguin is and how it affects webpage rank, let’s take a look at the main changes that are being incorporated into the Penguin 4.0 update.

According to Illyes’ post: “Penguin now devalues spam by adjusting ranking based on spam signals, rather than affecting ranking of the whole site.”

In the past, webmasters may have missed a page or two that were violating the black-hat rules. This would lead to entire pages being penalized and would equate to drastic results that would take months to fix.

And since those changes took so long to implement, Google has made Penguin 4.0 real-time: “With this change, Penguin’s data is refreshed in real time, so changes will be visible much faster,” Illyes stated in the post.

In the past, Penguin needed to be refreshed before any changes made by webmasters would be taken into account. That meant that penalized websites had to wait for an irregular, unpredictable update schedule to take effect before changes would be implemented. The new and improved Penguin now refreshes data almost immediately. Once a page is re-crawled and reindexed by Google’s algorithm, the changes will be reflected in the system.

This is probably the most significant part of the Penguin change for developers that have been trying to improve their websites. Thanks to the change, updates and changes made my website owners, webmasters, or SEO experts will be reflected much faster in Google’s search engine results page.

Content creators no longer have to wait for Google to update Penguin manually, without an idea of when the update will take place. They can relax knowing that the search engine will quickly reflect changes they made to their site; this saves a lot of anxiety and ambiguity for website owners.

To Disavow, Or Not to Disavow?

The Google announcement has led many to ask: are disavow files still necessary given the changes to Penguin 4.0?

If you want to see more immediate changes in a website’s ranking on the search results page, it is probably still a good idea to use a disavow file according to a Facebook exchange between Barry Schwartz and Gary Illyes.

In the conversation Illyes asserted that in order to recover from Penguin issues, it is still highly important to use disavow files and that the recommendations on disavow file use have yet to change. “Manual actions are still there,” Illyes clarified, “so if we see that someone is systematically trying to spam, the manual actions team might take a harsher action against the site.”

All in all, the SEO world is quickly adapting to last month’s Penguin 4.0 announcement and webmasters and SEO experts seem to be pretty happy about Google’s new set of changes. Yet, additions, updates, and changes to Google’s core algorithm should be expected in the future as the internet grows exponentially and becomes more sophisticated.

Illyes concluded the post by saying that: “The web has significantly changed over the years, but as we said in our original post, webmasters should be free to focus on creating amazing, compelling websites. It’s also important to remember that updates like Penguin are just one of more than 200 signals we use to determine rank.”

And Illyes is right: content is king. While the world wide web and search engines have changed, the name of the game remains the same. SEO professionals need to work to keep their clients’ sites in front of customers’ eyes and one of the most successful and consistent ways to do so is by creating unique and engaging content that users can’t find anywhere else.

Image: A keyboard with a button Google 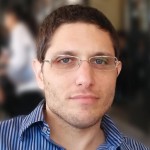