Search Engine Optimization in 2016 is a technical, analytical and creative process to improve the visibility of a website in search engines. Its primary function is to drive more visits to a site that converts into sales. It is also recommended that you take SEO Training courses because it will introduce you to search engines what you need to do to make sure you’re visible to your customers in search results.

The New Year has begun with a confirmed Google update. However, what was initially alleged to be either a change to Panda or Penguin is, in fact, a core ranking algorithm update. We were expecting a Penguin update for the start of 2016. Initial analyses from the weekend 9 or 10 January were focused on this. The changes in the Google rankings were considered on a global scale and various services that measure changes in Google search results came to similar conclusions.

If you suspect that your site has suffered after the latest update – perhaps your rankings have been fluctuating or falling, or you have experienced a decrease in organic traffic – what can you do?

Unfortunately, it is nigh on impossible to confirm categorically whether you have been hit by this update. Up until now, Panda has been manually updating, so the direct effects on websites were more obvious. But because it is now integrated into the core algorithm, it is very hard to say for certain whether a site has been experiencing Panda issues.

Obviously, prevention is better than cure, but if you do find that your site has suffered from this latest update, then it’s worth completing a full site audit to analyze where any problems might have crept in.

However, you’ve got to be careful with how you tackle the issue of content quality in regards to your site.

We drew attention to the volatility of the search results following the last update of 2015 – Phantom III / Quality Update. This volatility matches again with the current data. In particular in the USA publisher websites with pieces of content that rank with brand keywords and entities have witnessed heavy losses invisibility. Brands, on the other hand, have seen a boost in rankings. This trend is not yet noticeable in other international markets, which could indicate that the update has not yet been rolled out globally.

When Google acknowledges an update, it means a review of the importance of some of the aspects analyzed to rank pages. Many news websites saw some of their older URLs losing ground to newer pieces of content. That happened with The Economist, New Yorker, and The Atlantic, but the opposite was found on equally traditional groups, such as Time.com.

Parallel to this development many publishers have actually won in Google.com search results. Particularly those publishers with current or holistic content. Top winner according to our most recent Suite data is gq.com. On gq.com the biggest winning URL is a comprehensive article about NFL star Tom Brady, shown here in the screenshot on the left.

The update was to Google’s core algorithm; this has been confirmed by Google’s Gary Illyes. Penguin was not part of this update. Google made the internal structural change of adding Panda as part of their core algorithm. This does not mean that real-time updates are here; it’s a change that makes implementing Panda updates more efficient for Google. There was no Panda algorithm update, just integration into the core.

In any search engine roadmap, the improvement of semantic search is a key. More than content focused on a single keyword, the most valuable post is the one answering the user’s questions. Some specialists believe most of the features implemented in previous refreshes were included on the core algorithm. That means penalties for bad backlinks or for bad content can come faster than ever.

High quality, long-form content pieces that cover a topic in-depth are the winners in many areas. But the sheer amount of content is not decisive for rankings, rather the question of whether the content is relevant and fulfills the user intention.

This could have serious consequences for how we do SEO in the future. We may find as we go that “utility is king” should be our new motto, rather than the old “content is king”.

If relatively insignificant websites that are lightly linked can rank purely based on the fact that they’re awesome, we might finally be approaching the fabled and much-scoffed-at meritocratic search ranking system, and wouldn’t that be a delight. Of course, it’s incredibly unlikely that Google has managed to devise an ingenious formula that can actually determine the true value of every webpage on the internet, but this could be the first step in a bigger trend.

The Google Penguin update has had webmasters waiting, and it is expected to be occurring sometime early this year. It is understandable why many would see these major changes in Google, and assume it was the long-awaited Penguin update. Google remains committed this is not Penguin, just simple core ranking algorithm updates.

These past few weeks have seen many fluctuations for search results for automated tracking tools, many online had assumed that it was the new Penguin update.

What is rumored for Penguin, is that it will be a real-time update, meaning that the new algorithm will always be working and updating. Since Penguin will be a real-time algorithm, it will now be able to catch spam links profiles with much more proficiency and quickness – to prevent sites from ranking high in SEO that should not be appearing within Google search results. For sites that are marketing the right way and following the rules, this update will be a positive one. Those who have been trying to cheat the system, this update will be most likely not be a welcome addition, as they will now be missing from Google searches. 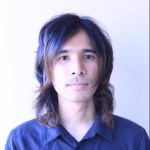