Gamification: The Next Big Thing In Marketing?

If you keep up to speed with the latest developments in the tech world, you’ll probably have heard that there is a new kid in town threatening to steal the crown of Social Media.  It’s called “Gamification”.

Before I start it’s worth mentioning that one of my passions as a child which has carried over into adulthood has been a passion for gaming.  Ever since Santa brought me an Atari 2600 back in the early/mid eighties I was hooked.  A few years later I graduated to a Commodore 64, and since then have got hours of entertainment out of a Nintendo 64, Playstation 2, Nintendo Wii and an Xbox 360.  I wouldn’t call myself an avid gamer, spending hours in front of the screen, but I do manage to fit a few 30/45 minute sessions in each week, to help me wind down.

A few years ago one of my colleagues in Oracle wrote a blog post that caught my attention which he titled “Work Could be More Funner”.  The basic premise was that “people love games and why don’t we mix work with games to see if something good happens, spice up the workday a bit”.  Since then, given my personal interest in gaming, I’ve always kept an eye on what developments have taken place to blend the world of gaming with the world of business.

In the last few months the term ‘gamification’ has been popping up frequently in the various blogs I read and podcasts I listen to.  Given this frequency I thought that this warranted some attention and further investigation.  What I’d like to do in this blog post is share with you some of my initial findings.

According to the Gamification.org wiki, gamification is “the concept that you can apply the basic elements that make games fun and engaging to things that typically aren’t considered a game. In theory you can apply Game Design to almost anything including Education, Health, Work and more”.

Some Examples in the Business World

So now we’ve defined gamification I thought it would be interesting to look at some recent real life examples where game concepts have been applied in a business context.

In Turkey the Mobile Internet has never been very popular.  This was a big problem for Turkcell who were planning to launch new smartphones bundled with mobile Internet.  To do this they ran a very innovative campaign which combined Twitter with gaming.  They created a unique live competition which enabled Twitter users to participate and spread the message.   Using a live video feed, Turkcell asked the twitter crowd to unpack a surprise box by tweeting what was written on the attached post-its. Hereby they had to use the hashtag #turkcelltweet. As the post-its unfolded, Turkcell wrote their campaign messages and the users spread the word to their followers voluntarily.

To keep the crowd interest many mini-games (including Pictionary, Trivia and word puzzles) were added to the competition. The winners of these games won minutes and mobile data packages. In the last post-it Turkcell even asked all participants to be retweeted by a celebrity. The ones who completed this big challenge won the very phones that were bundled with Internet.

The competition was live for three hours a day for seven days. During this campaign more than 56.734 tweets were send using the accompanying hashtag. This resulted in an approximate reach of 3.6 million people and Turkcell being a trending topic for eight days.

In Sweden, McDonald’s has taken the next step within the area of outdoor billboard marketing. Using a large interactive screen the Pick n’ Play campaign offers an engaging small-game in which people can win their favourite Mc Donald’s treat.

By using the latest mobile technologies people are able to connect their smartphone with the billboard and try to complete a 30-second game in order to win digital coupons for free food in the nearest McDonald’s store.

The video below gives you more insight into the campaign

In the interest of brevity I’ll leave you with these two examples.  If interested in more, you can find them if you visit this site – http://amillionpagesofinspiration.com/category/gamification/

The next big thing?

Could this be the next big thing in marketing? My own thoughts are that there is certainly something interesting happening here.  We have a new generation of consumers who are familiar with and enjoy the concept of gaming.  Anything that can grab their attention and get them to part with their cash, or raise awareness of your brand, can only be a good thing in my view.

I’d be really interested in reading your views in the comments.

So has this brief introduction whet your appetite?  If you really want to learn more about gaming and it’s potential (not just in the business world), I would highly recommend the following talks from the always excellent TED Conference

Seth Pribatsch – The Game Layer on top of the World

Let me know if this topic interests you and if there is sufficient interest I will look to develop it in future posts. As always, thank you for taking some of your time to read this post. 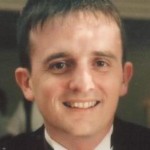