I often wish I could be as productive with my free time as I am while I’m at work. Maybe the key to productivity during off time is to treat it as you do your work and organize your time effectively. That is, think of an overarching goal, and work on it. This requires you, of course, to know your goals.  It might take a bit to work up to that point—but that’s okay. That’s what off time is for!

You might be a secret entrepreneur and not realize it, as of yet.  In order to be successful, artists, writers, and creatives need to think like entrepreneurs, regardless of the nature of their work.  There are many lessons to be learned from leaders and

What is your passion or vocation?

Many of us, for example, have a passion or a vocation that we care about a great deal, outside of work. If your goal is to publish your manuscript within a year, for example, make everything you do somehow related to that.  If you’re a writer, how can you always be thinking about writing? (It’s kind of like that scene from “Glengarry Glen Ross,” where Alec Baldwin’s character underlines these words on the board:  ABC, Always Be Closing.)  When you go out on Friday, think about who or what to pay special attention to, during the evening’s encounters, making a mental note for later as to some way to write about a particular situation or exchange.

One big advantage to keeping your day job while pursuing your burning ambition on the side is that the risk factor goes way down—so much so that it really doesn’t make much sense to hold back from test driving the most high-risk and simultaneously most exciting ideas, in your down time.  Don’t be afraid to try something you’re not sure will succeed.  You can always learn from your mistakes. Hopefully, you’ll have fun while you’re at it.

You should always be ‘playing,’ anyway: let me explain.  A number of scholars and philosophers like Nietzsche have discussed the value of ‘play’ as being inherently connected to the forces of creation and destruction inherent in ideas and innovation.  Joseph Campbell’s famous maxim of “Follow your bliss” takes a cue from this idea, essentially arguing that in order for individuals to discover their true purpose and goal in life, they must listen to their intuition, which will naturally lead them to people and influences that will help them in the path that will lead to their ideal destiny.  Also, Nietzsche might have argued, little truths are more likely to be discerned in the midst of play, which holds potential for opening windows to understanding.

There’s also quite a bit of incorporation of play into classroom teaching, these days—even at the college level.  In the Arizona State University Environmental Science program, for example, a pilot program uses interactive, role-play-style video games to simulate a “day-in-the-life” of a professional facing an environmental science-related dilemma.  In addition to successfully replicating real life scenarios likely to be encountered on the job, the fact that the problems are presented in the form of a video game provides a great advantage since the perceived risk of answering incorrectly is likely lessened because of the fact that students are playing a game.

Fake it till you make it

You might try this approach with your off time.  Try role-playing and being in the role of artist or writer, if that is your side gig.  If you assume the role of a famous poet, sending out manuscripts and reading your work regularly, you’re likely to become known eventually.  There is, of course, the caveat that you should be striving to improve through workshopping your work with others, studying the work of published writers, and not being immune to criticism.  It will mostly be a matter of time.  As the old adage goes, “Fake it till you make it.”  What’s the harm in pretending the future is already here?  You’re more likely to be ready for it, once it is here, if you’ve already had a good deal of practice.

Raising capital for your venture

Speaking of practice and acting like you already have an audience, what about raising the capital you need to begin your project?  Have you considered crowdfunding?  There are a variety of sites out there: some are donation-based; and others are built around investment crowdfunding, where funders become shareholders, so to speak, who earn the potential for financial return.  Although there is great potential for substantial donations, it’s necessary to harness a great deal of enthusiasm and motivation in order for your campaign to succeed.

One aspiring superstar, an Irish woman named Lorna Sixsmith, managed to raise €6,000 in a little over a month; however, Sixsmith warns, “Promoting the campaign is like a full time job.”  If you’re aware of the time investment requirements beforehand, however, you’re more likely to succeed.  One of the most crucial aspects of Sixsmith’s campaign was her social media presence.  In a way, her crowdfunding goals were simply an extension of her social media outreach.  She points out that some of her most enjoyable interactions on Twitter were ones with people she hadn’t known on a personal level previous to her crowdfunding campaign.

It’s worth noting that Sixsmith didn’t quit her regular day job and daily duties to carry out her crowdfunding campaign.  Rather, she took on extra networking, online social interaction, email outreach, and record-keeping in addition to her usual roles as farmer (or ‘farmerette,’ as she puts it), social media consultant, author, columnist, and mother.  If you are willing to work hard to structure your free time around your goals, the work will pay off.

So dream big, take risks, and have some fun pretending.  You’ll be all the better for it. 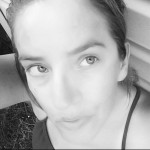 7 Ways to Build a Successful Peer Learning Group for Entrepreneurs