For all the hurdles, which once were anticipated in making your product or idea known, have long been eradicated with the elevated trend of social media marketing. However, the challenge has now budged to carving the techniques that will make your content go viral on social media, and it relies directly upon your talent of stimulating the psyche of your viewers.

Nowadays, it is more about what your viewers want to see than what you want to put out there as something you love to write, create or do. However, there are no specific set-rules for doing so, yet some of the techniques mentioned in this article will help you create content that has the potential to go viral on social media. Here are 6 ways you can create something that resonates with your audience and would win thousands of likes and shares:

It is preferred to keep the length of your content limited whilst giving away the maximum information possible. Several analyses support the fact that adding images bullet points and snippets of information can generate a greater number of views since it not only enables the viewers to skim-scan the document at once but provides diversity within the same content.
More so, such structures come in handy because of the limited attention span of viewers and time constraints in the current age.

The immense growth of your idea is proportional to structuring the content and pivoting its advertisement around the emotions of your viewers. People tend to share the content more, which encapsulates in it one of these emotions: happiness, humour, anger, sadness or surprise.
The research has shown that the companies which managed to trigger the sentiments of its viewers have reigned successfully in terms of gaining more customers practically and these advertisements have also gained a million shares on various social media sites. Thus, to get viral it is essential to endorse emotions and let your content hover over the minds of the people.

Quoting Thomas Hobbes, “Curiosity is the lust of the mind”, it directs us towards another strategy, i.e. in order to attract more viewers, you have to generate compelling headlines. When you’ll put curious headlines out there for your content, people will be persuaded to click on the link, in order to satisfy their inquisitiveness. It is utterly important to hook your viewers up with the title you chose so they are compelled to go through your work.

Another technique nowadays that leads to potential fame is the interaction with the viewers. Almost every social media site allows you to interact in one on one basis with your viewers by providing you with various features. So before you actually publish your content, you can hold several polls about your idea, instigating curiosity amongst your followers. You can ask them to share their insights and be communicative with them. This interaction is synonymous to preparing the soil before you actually plant the seed, and eventually on publishing your content, you will definitely have a number of people waiting to read and review it.

Now that you have put your content in public, you still can manage to hook everyone by responding to some of the most controversial comments or to the comments of the people throwing opposing opinions at you. This will serve as a fuel for an effective debate and would also act as a stimulus for other people to interact and share the content. 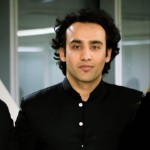