The Consumer Psychology: Exploring the Human Mind to Generate Sales The emergence of neuromarketing has instigated changes on how marketing strategies are carried out and how it has taken the whole game up a notch. Studies have led to an interesting discovery that a structure found in the innermost layer of the brain called the Limbic System, or the Reptilian Brain, greatly influences a person’s purchasing behavior.

It is called Reptilian because in an animalistic context, its purpose is to satisfy our survival needs and basic instincts and it preexisted before our brain evolved to process complicated stimuli. Aside from just being primal, the Reptilian brain is also responsible for processing emotions. Emotions are automatic responses to external triggers, and operate without the use of logical reasoning.

Let’s look closely at the mechanisms involved when you consider consumer psychology and start influencing the Reptilian Brain:

It’s really no wonder why businesses pay a whole lot for celebrities or star athletes to endorse their services, because it is a natural response to subscribe to what our ‘idols’ subscribe to. In short, influential people trigger worship to the masses of potential consumers.

Statistics show that Nike golf balls generated over $50 million dollars additional revenue in the year 1996 after having Tiger Woods endorse their product. When Indian Titan Watches signed in a prominent Bollywood star named Amir Khan as their endorser, this resulted to 45% increase in the company’s sales. (Mukherjee, 2008)

According to a study conducted by Danny Francis and Dr. Rashad Yazdanifard (2013), this renowned strategy comes in handy since it taps the fan base of a celebrity and gives an association of his/her fame to the credibility of a product. It is one way of boosting the image of a product.

In a psychological context, a principle laid down in Social Cognitive Theory states that people are influenced better by individuals who are of higher statuses—with that being said, fame and fortune serve as status inflators. Moreover, this tendency to worship has a biological explanation:

Since the reptilian brain has existed way before the development of cortexes for logical reasoning, we are predisposed to pattern our actions with someone we regard as higher than us like how toddlers identify themselves with authority figures.

In the context of marketing, a person who is publicly tagged as a ‘celebrity’ or an ‘icon’ gives a high market value to the product he/she promotes. As a result, the consumers patronize the product. It is a simple strategy and its impact is subliminal since the association and conditioning do not occur directly.

According to Robert Cialdini’s, Six key principles of influence, reciprocity can play a crucial role when it comes to influencing your audience to do something for  you.

Based on the theory of reciprocity, people will tend to return the favor that you have done for them. While there are several applications that clearly illustrate this theory, the good cop/bad cop is a solid example.

Seasoned marketers are keen on using the theory of reciprocity as well. You’ll notice that a good number of websites nowadays are giving away freebies. Not only that, but they even make sure that the section where it says “Free” is highly visible. If you’ll check out Ultimate4Trading’s review page,  you’ll notice how the the word “FREE” is written all in caps, and the font’s color is green, making it unmissable for anyone who’s scrolling the page.

Important tip – Instead of simply giving away freebies, you’ll be better off if you started capturing your audience’s email address in the process. That way, you can establish and nurture your relationship with your audience making it easier for you to pitch them other services in the future.

Since you want to keep your consumers interested in your products at first glance, target their five senses so your chances of getting immediate responses drastically increases.

Sensory cues are relayed to the Hypothalamus automatically, thus, there is no need for one to exert effort processing these stimuli. Incorporating sensory cues in branding your products can positively govern your consumers’ purchasing decisions. This is so because the tendency to associate pleasurable sensory cues to a product occurs unconsciously.

Nowadays, sensory overload has become a marketing trend for its notable effects. An article published at Harvard Business Review is a good resource to learn more about the science of sensory marketing.

“This looks good” is a common expression, but it also proves that a product has appealed to the immediate senses.

Best believe it—you can actually create a lasting impression by somehow marketing your product in such a way that stimulates the response of fear within your customers.

Most businesses endorse their products or services by starting off with some stressful or disturbing facts. Or other negative situations such as:

Cases such as these help emphasize the product’s bottom line. The rationale behind this is simple:

Fear is recognized for its adaptive value—a basic response to any threatening stimulus or better known as “fight or flight” and the Amygdala (found in the Limbic system) is responsible for this response.

People tend to respond greater to fear than to pleasure. The struggle to survive is far more compelling than the pursuit to experience pleasure. Thus, when it comes to enticing your customers to buy your products, removing inconvenience is a more powerful angle to capitalize on than creating convenience for them.

Before you start promoting your product, start things off with a threatening scenario then follow it up by showing how your product can alleviate and remedy that tension. In short – talk about your prospects’ frustrations and problems – rub it on their faces – then strategically pitch your products/services as the means that your customers need to use to solve their problems.

Moreover, people remember events better when associated with a stressful situation because the Hippocampus—a structure also found in the Limbic System, is activated during stressful situations. Basically, you’re hitting two birds with one stone. Not only did you stir up a basic survival instinct, but you also imprinted on your consumers’ memories.

Since the Reptilian brain is territorial and self centered in nature, working alongside your consumers a sense of dominance (not against it) will tend to bring you amazing results. That is why it is crucial that your customers are sold to the idea that they are always right when dealing with your company.

“When you put yourself in a position of submission to your consumers, you will have a better chance of influencing them to accept the solutions that you are offering to solve their problems.” – Mark Shapiro, Founder of EBCallCenter.com

Interestingly, by making your prospects feel your services are highly personalized, you are actually increasing brain activity. Centering your campaign strategies on the CUSTOMER or directly addressing them in the second person will arouse several regions in the brain as discovered by Dennis Carmody and Michael Lewis (2006).

Even more so, advertisements are found to be effective when they contain the word ‘YOU’ as it appeals to the self-centered nature of the reptilian brain. You can read more about this on Shopify’s post.

You’ve got no time to lose when you want to make a point.

To convince a customer to buy your product, you don’t necessarily have to lecture them about its advantages and disadvantages. You just have to be creative in the way you present your products or services, and appeal to the human brain’s primal instincts and emotions to compel them to buy. 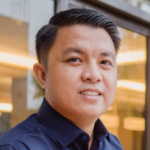