Twitter use is still climbing, as can be seen in the latest

At the end of January, McDonalds got burnt when their hashtag was hi-jacked and subverted. McDonalds had launched a campaign using the initial hashtag #MeetTheFarmers, which was planned to promote the company’s guarantee of fresh produce and share stories about their farmers.

However later in the day they sent out a tweet using the more generic hashtag #McDStories which was immediately seized by Tweeters who started sharing horrific stories about the food in McDonalds.

While McDonalds saw what was happening and pulled the promoted tweet, the hashtag gained steam and became a trending topic, and the story was picked up by dozens of online news sites, including Forbes.com. McDonalds would have been better sticking with the initial hashtag, which promoted their farmers rather than themselves, and which would not have left them open to so much negativity.

Another example is Subway’s #5dollarfootlongs hashtag. The $5 footlong is a sandwich offered by the fast food chain, and they have advertised it on TV and in stores. However when they took the promoted hashtag online it was immediately picked up and the meaning subverted by amused Tweeters, with tweets such as,

“#5dollarfootlongs thats what she said.”

When choosing a hashtag, you not only want to choose the wording carefully (#MeetTheFarmers vs #McDStories) but you also want to be careful to consider what other meanings could be construed, and decide if you are ok with it if that happens! It would seem that Subway didn’t mind the subversion too much as the hashtag was left running – they perhaps felt the joke was worth the extra exposure.

Finally in “hashtag’s gone wrong” it is important to consider your existing customer base and ensure that you are speaking to them. Recently RIM (the company behind Blackberry) launched the hashtag #bebold along with a host of cartoon characters, including Gogo Girl: The Achiever, Max Stone: The Adventurer and Justin Steele: The Advocate.

Now while the company have said that the superheroes were just part of a fun infographic, and not part of a larger campaign, they didn’t sit well with the brand image most people have of the Blackberry company. Blackberry users just don’t seem to be the superhero-fan-type, do they? Twitter was full of criticism with tweets such as,

“RIMs new #bebold campaign is a joke. Their latest attempt looks like they are trying to sell sh*tty products to kids. #GetYourResumesReady”.

The last tweet sums it up, this campaign looked like it was aimed at children, clearly not a demographic that Blackberry goes after, so the superheroes graphic highlighted a huge disconnect between the company and their customers.

Hashtags are a great idea, and a great way for companies to create a conversation around their brand. So long as they are careful considered – message, meaning and aim – then hashtags can be successful, as seen with Radioshack’s #ifihadsuperpowers hashtag which received 65 million impressions within 24 hours.

What kind of hashtag could you use to promote your business? 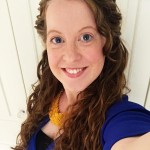