9 Great Examples of Crowdsourcing in the Age of Empowered Consumers Though it can take a lot of moderation and feedback, there’s a ton of benefits that far outweigh the negatives when it comes to Crowdsourcing. It reduces cost, increases your options and scope for creativity and there’s often much less work involved.

It’s also incredibly effective in content marketing, as not only are you speeding up the content creation process and saving money, you’re also getting your customers (and potential customers) involved, and your target audience invested. Giving your followers their 10 minutes of fame creates a bond that’s hard to break and will ultimately make them more loyal to your brand. When people are invested in something they’re more likely to tell others, and that’s a fact.

Crowdsourcing has grown in popularity over the last few years. Possibly because of the realisation amongst companies that the B2C relationship has changed, and actually consumers hold all the power now. Instead of going against it or denying it, they’ve chosen to partner up with them, and use it to their advantage. It’s been a wise move for many, and is something you should seriously consider for your business. Take a look at these great examples of Crowdsourcing for a little inspiration.

It’s a great app that proves a dedicated crowd is sometimes all a company needs. It also attracted some big-name investors and suitors.

In 2014, McDonalds decided to give their customers free reign and submit ideas for the types of burgers they’d like to see in store. They could create their perfect burgers online and the rest of the country could vote for the best ones. In Germany, creators were also encouraged to create their own campaigns, which included viral videos and other valuable content marketing, which of course cost McDonalds nothing.

Once the winners were crowned, McDonalds released the burgers weekly, along with the picture and short bio of the creator.

Starbucks has a strong presence on multiple social networks, and regularly encourages consumers to submit, view and discuss submitted ideas along with employees from various Starbucks departments. They even have a website dedicated to this very purpose, which includes a leader board to track which customers are most active.

Experimentation and social media together with customer engagement and market research results in a cocktail that has made the brand excel.

Toy company, Lego is responsible for probably one of the best examples of Crowdsourcing we’ve seen. The company allows users to design new products, and at the same time, test the demand. Any user can submit a design that other users are able to vote for. The idea with the most amount of votes gets moved to production and the creator receives a 1% royalty on the net revenue.

Lego has been successful in increasing the number of product ideas while also improving customer engagement. And this specific kind of engagement generates a certain buzz that’s difficult to recreate by any other method. Just like McDonalds, creators take it upon themselves to promote their idea, and in doing so promote Lego as a company, too.

Even the big guys such as Samsung realise the value of Crowdsourcing. Samsung has the largest Crowdsourcing facility in Palo Alto. What they seek from others is innovative solutions for existing electronic products and technologies. They also seek collaboration with other firms and interested individuals.

In 2013, Samsung partnered with product development platform, Marbler to Crowd Source ideas on how they could utilise newly discovered patents from NASA. They offered users the chance to help create the company’s next product and earn a share of revenue along the way.

The chip manufacturer certainly reaped the rewards of their ten month long ‘Do Us A Flavour’ Crowdsourcing campaign. It encouraged consumers to create their very own flavour of chip and just like the others, people voted for their favourite.

The winner, ‘Cheesy Garlic bread’ contributed to an 8% sales increase in the 3 months following its release.

Pebble only exists because of Crowdfunding, it used Kickstarter to raise funds for the development of Pebble technology that soon became the Pebble Smartwatch, and then Pebble Time Steel. The company grew from a simple idea on popular fund raising website Kickstarter, to a brand that has crowd produced a product that rivals the likes of Apple and Samsung.

The Pebble Smartwatch is Kickstarter’s biggest crowd funding success to date, but not only did Pebble crowd fund this project, they also crowd sourced it by encouraging people to get onboard and share their knowledge and talents. Of course ‘backers’, that’s funders to you and me, receive rewards once the product is produced. They either get it at a discounted price, or they get it before anyone else.

One of the easier and most popular ways of Crowdsourcing is to crowd source for ads. Greenpeace turned heads into 2012, when they crowd sourced environmental activist quotes for their Shell Oil “Let’s Go” advertisements.

They ran a contest to get controversial, sarcastic and satirical quotes from their followers and then used them on advertisements targeting oil company, Shell. An example for you, “The ice caps won’t melt themselves, people. Let’s Go.”

You could say that Airbnb’s whole business model is based on Crowdsourcing – it’s essentially a travel website that allows individuals to let out their homes all over the world. If it wasn’t for them, there’d be no site.

More recently however, they teamed up with eYeka and worked on a Crowdsourcing project that asked filmmakers from all over the world to create fresh, authentic video content about the places they call home. The videos had to be 60 seconds long, and the winners win a share of 20, 000 euros. But this isn’t the first time they’ve crowdsourced content. In 2013 they asked users to submit scripted shots from all over the world in the form of Vines, via Twitter. They then put the clips together, named it Hollywood & Vines, and used it as a TV ad.

From these campaigns, not only have Airbnb acquired millions of unique content that adds quality and authentic value to the Airbnb brand, they’ve also saved themselves a substantial amount of money.

There are even more great examples of Crowdsourcing if you look into it, and lots of ways you can incorporate Crowdsourcing into your business model. Whether you’re a new company just starting out, a fairly established company looking for extra marketing, or a company looking to engage more with your customers. You can go as little or as large as you like with Crowdsourcing, and it’s almost always going to benefit you in some way.

What’s your experience with Crowdsourcing? Is it something you’d consider? 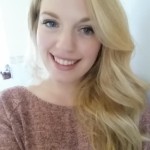 Using Crowdsourcing Marketing For Your Brand