How to easily get more social media traffic

When we use the words calls to action, they are usually synonymous with sales pages, landing pages and focus on optimising our websites for conversions.

This call to action thing shouldn’t just be limited to our websites because it can also be incredibly powerful when used in other channels too, and for the purpose of this post I’m talking specifically about using them in Twitter updates.

You could go so far as to ask for a retweet, Dan Zarrella did a study on this which it showed that including the words ‘Please ReTweet’ could potentially get 4x more Retweets.

Surprisingly, a sizable chunk of the traffic that I receive from Twitter ends up being from when other users have shared my post on Twitter, but it’s then appeared in a Twitter feed displayed on their website where their readers have clicked on the link and come straight through to my blog.

Whether this can happen for you is completely down to the luck of the draw but it just enhances the need for incorporating calls to action to give you the best chance possible of getting more traffic.

Twitter did unfortunately close their V1 API earlier this year which caused problems with a lot of plugins and widgets that display feeds, you can find more information here.

# 2. Be active and engage with your audience

I understand this may seem really basic, but there are so many people and companies that aren’t active on Twitter and occasionally just publish the odd link to a blog post.

The reasons for why this happens seem to range from people not having that much faith in Twitter, not knowing how to really get traction or simply not having the resources to maintain it – all of which are understandable.

I’m not going to say that being active on Twitter isn’t time consuming, but it doesn’t have to be as time consuming as you think it might.

Try scheduling the first 10 minutes and last 10 minutes of your day on updating your Twitter account, responding to other users and sharing content that your followers will love – this doesn’t just have to be your content and it works better if it’s not self-serving at all.

Use tools such as Buffer to schedule your updates throughout the day and Hootsuite or Tweet Deck for the general management of your Twitter account (you can use either of these on your desktop computer or on other devices such as your iPhone or iPad).

Remember above all else, real people engage with real people and if you don’t remember that then you’re going to hurt the chances of getting traffic through your efforts on Twitter.

Now, there is a social proof element that comes into play here, where having a low number of followers can have a negative impact.

But think about it, how useful is having 100,000 followers if none of them know who you are or give a damn about what you do and the content that you Tweet about?

Wouldn’t you rather have a smaller following of highly engaged followers that know who you are, love what you do and want to read the content you share?

There are a lot of tactics that you can use in order to build a real Twitter following, I talk about exactly what has worked for me, here.

Hashtags are a great way of giving your Tweets the ability to become more visible.

Don’t fill your Tweets with too many though because that will have a negative effect on how much traffic and ReTweets you could get.

Peoples Twitter streams tend to be overloaded at the best of times so if you Tweet when your audience isn’t online you could just be wasting your time.

That’s why you need to find out the best time to Tweet.

There are a few tools you can use, firstly TweetWhen by Hubspot will tell you which days and times you get the most ReTweets.

You could also using the follower analysis tool in Followerwonk in order to find out exactly when your followers are most active.

What I love about this is the easy integration with Buffer that will allow you to customise when your Tweets are scheduled in Buffer.

This is a paid tool that comes with subscription of Moz.com along with a lot of other benefits, but if you don’t have the $99/month budget, TweetWhen can still work very well for you.

Triberr is a social networking platform that will multiply your reach on Twitter by an incredible amount.

You can request to join these tribes as a full member, once approved by the tribe owner you can import your blogs RSS feed and all of your blog posts will be made available for other tribe members to share on Twitter.

The great thing is that the majority of bloggers using Triberr have a lot of influence and substantial followings on Twitter which adds up to a great way of getting shares and traffic.

As best practice, you should tie in influencers to everything that you do. Link out to them, mention them in blog posts and mention them on Twitter along with other social networks.

You could do interviews, group interviews, industry roundups or just mention them in a regular blog post.

The important thing is that you mention them and then tell them about the mention and ask them to share the post.

It’s in their best interest to share any positive mention about themselves because it reinforces their authority to their followers.

This type of thing has the best chance of success when you back it up with an email.

It doesn’t take much:

I really enjoyed your post on [insert topic], your point on [insert a point made in the post] really resonated with me.

Anyway, I just wanted to let you know that I featured you in a recent blog post.

It would really mean a lot.

Looking forward to featuring your content in more of my blog posts.

You need to take the promotion of your content seriously, and take every opportunity you can to find people that could be willing to help you promote your content.

This post is about Twitter, but this entire idea translates very well into other social networks too.

So, if you mention an influencer, whether it be a blogger or a company – tell them about it and ask them to help you share. It’s in their best interests to do so.

Twitter may seem like an untameable beast, but if you do things right and employ the tactics I’ve discussed above, you will start to gain a lot of traction.

The more time you put in, the better the results will be and the faster you will get to where you want to be.

Using Twitter to get traffic is only as difficult as we make it.

Do you have any tactics to add to the list above? 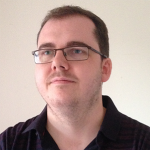