5 Reasons to Use Live Streaming There is a common mistake that most marketers and human beings make in evolution, and that is ignoring change until it is too late. Businesses such as Nokia caught on too late with the smartphone phenomenon and to this day, it still struggles.

Now that live streaming is here, most businesses still perceive it as a fad. Here’s the deal, though 2016 has been

Video marketing is already an established traffic driver in the markets today. It is one of the most prominent fronts that businesses have embraced to conduct their marketing campaigns on. Live streaming is simply an extension of the same marketing model. Here are some interesting facts about live streaming for the purpose of familiarity.

Going by the statistics above, Live streaming is definitely a phenomenon that is worth consideration, now more than ever. If you would like to align your business with this trend so that you tap into the benefits of live streaming, here is a list of some of the tools that you can use to lead your business into it; and they are free.

This is one of the pioneering live streaming applications that was developed by the social media giant, Twitter. It allows a single entity to play host to a limitless audience. The audience does not necessarily have to be on Periscope since it allows for syncing with Twitter. It is easily usable on the go and although the videos are only available on the app for 24 hours, one can export the streamed videos to their website or other online platforms for preservation. It also has the capacity for private broadcasting for exclusivity.

Facebook is the 800-pound gorilla in Social media and hence a considerable force in every area it gets involved in. Facebook Live is no different. It is integrated into the Facebook profile of any user on the site, whether they are verified or not. It is also available to all fan pages on the site. The algorithms on Facebook are biased towards video and therefore a live stream appears ahead of all other content on people’s newsfeeds. It sends a notification to all your friends who are online to notify you that the stream is up and running. This combines the functionality of Periscope into the Facebook platform, and is made more efficient by the elimination of the need for two separate applications such as Twitter and Periscope.

Blab is a live streaming tool that is available both for desktop and mobile use, albeit it is only compatible with the iOS. It allows you to smoothly transition from mobile to desktop use and vice versa. Arguably, one of its best features is that it enables you to pick out the key influencers and social media professionals for your brand. It allows you four seats on a Blab, creating a conducive interface for you to have as many experts address your audiences as possible, switching them around without interruption. All the people that are in attendance in a Blab are able to interact as they can all see the comments. It is highly suitable for blogs that are styled as interviews such as live Q&A fora.

As the name suggests, this tool is proprietary to Google and that brings the advantage of ease in editing and exporting a hangout to the sister site – YouTube. You also have the option of opening the hangout directly on YouTube. It offers the option of a public or a gated hangout, whereby the public option is publicly available and the gated function is available to a maximum of fifteen participants. It is also possible to embed the hangout onto your website and stream it directly from there.

Appear in is designed as an optimum told for holding webinars. It allows one to go live with ease and it presents a clean interface for that. You can send invites to people whom you intend to be present by sending them a link to the room you have created either directly or a message on Facebook. Signing up is easy and one can easily personalize their profile once they are members. However, it offers no option to record the streaming session.

Why you Should Live Stream

Cost effectiveness: all that you need to set the ball rolling is an internet connection and the relevant hardware, which is cheap to come by relative to other marketing avenues such as TV adverts.

Cultivation of trust: Transparency draws immense appeal from customers and live streaming gives you the option of taking your clients behind the scenes, introducing them to your culture of doing things.

Versatility: Streaming is suitable for broadcasting nearly everything there is that you would like them to know about your brand. You can live stream events, interviews, Q&As, and behind the scenes footage all on the same platform. Additionally, doing all this requires you to have no special social media skills.

Simplicity: For all its functionality, live streaming on most fronts is easy and straightforward.

It is always the people who warm up to new trends that make the most of it. Live streaming has gained some refinement in its few years of existence already, but it is still not too late. Take advantage of this new trend and take your business to the next level. What do you have to lose anyway? 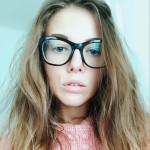 8 Fantastic Social Media Tactics That Can Help Your Business Grow