In web design, a call to action or CTA is a term used to describe those elements of a web page that require the user to take a particular action, and is particularly useful in measuring user experience (UX) or engagement in particular. Today’s most trending method of influencing a call to action into a web interface is in the form of “clickable” buttons that perform an action or take users to another web page with additional information, or a next step.

What is truly shocking is that most designers fail to ignore some basic facts while creating their buttons. A recent study conducted by Online Marketing Coach

#2. Place your CTA’s in clutter free zones to maximize click-ability

Whoever said that size doesn’t matter had no idea what they were talking about because when it comes to CTA button size, bigger is just better.

However, certain factors need to be taken into consideration, especially if you’re planning on putting two call-to-action buttons on the same page. In such a case reducing the size of your secondary call-to-action button size would be a good idea. Apart from the size, the area surrounding your CTA should be free from any sorts of clutter and distractions because it will divert the viewer’s attention, reducing your chances of a conversion.

Example: Easilygreen.com.au is a good example of CTA button usage as although the buttons aren’t big, they used in 3 different places.

#3. Place the CTA Button In the Direct Path of the User

If done according to Fitt’s law, a comprehensive model of human movement used primarily in human–computer interaction, a CTA button should be placed in the direct path of the user. Only then will they be psychologically motivated to click on your button. Adding an arrow to draw the attention of your visitors only adds to its explicitness, and is a perfect example of a logical placement.

Long form landing pages can sometimes be too tedious to read up to the point of the CTA button, but placing it at the bottom is still the most logical spot for it. The entire purpose of placing a CTA button is to have it in the spot where a user would logically look at next. And as web designers, it is fairly simply to predict or anticipate such user behavior.

Example: Notice how traackr.com’s website features two CTA button at the top of the page, as well as a CTA at the bottom, after all the content ends.

The common mistake that most designers do when designing and creating their CTA button is that they tend to focus too much on the size, color, and placement. They fail to realize that the most important aspect of any website or CTA, is the verbiage. The words that are featured on CTA buttons are by far the most important.

A powerful CTA button should be clear and concise, action-oriented and straightforward. This is one of the rare cases in which you should just follow the herd, instead of trying to devise some mind-blowing yet unfamiliar design. And when it comes to a CTA button, the simple ones can be the most effective. The word “get”, for example, is considered to be the most effective. Also, the verbiage should be brief as anything over ten or fifteen words is too long and would probably lose your reader’s interest.

Example: The words on a CTA button are its most crucial feature; see how this button from Hootsuite.com is both interesting, straightforward, and action-oriented.

In today’s business environment, call to actions are so critical and indispensable that you should in no way attempt to create a button that distracts from the actual CTA. In this case again, simple is better and a plain button works best. Because a CTA button is one element that should be created under creativity restraints.

The brain is a complicated thing, and although it might be flexible in its learning, its circuitry is pretty much hardwired. This means that no matter how much people publicly despise it, we all love routine, monotony and familiarity. And since we’ve been seeing CTA buttons for a while now, we’ve become used to seeing them in a particular way during our online experiences. So, when a user sees a normal button, they know what needs to be done.

Example: The customer experience optimization company, Optimizely, has gotten their CTA button design spot on. With a plain white background for information and a clear blue “Test it Out” CTA button.

As you can imagine, designing a CTA button is not rocket science and requires nothing more than common sense and a little attention to detail. Because at its core, conversion optimization via CTA buttons is just textbook psychology put into practice, where you’re convincing viewers to perceive your business in a certain way and make a subsequent decision to deal with you.

All you need is a clear understanding of how people think, what motivates them, and what is the best way to get them clicking, to maximize your marketing efforts. 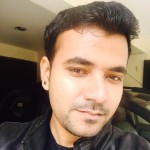 8 Tips for a CTA That Actually Drives Action

5 Best Examples Of CTA Buttons And How They Drive Conversions