4 of the Most Attention-Grabbing Marketing Campaigns This Year In the last twelve months, major sporting events dominated the end of 2015 and companies decided to roll the dice at the start of 2016. Some companies failed spectacularly, whereas others managed to make major waves. The majority of the most attention-grabbing marketing campaigns of the last twelve months come from the big players, but there are a few smaller campaigns as well.

What all businesses should do is learn from these campaigns. They need to pay extra attention to the lessons that can be learned so they can apply the same principles to their marketing campaigns.

The first item on this list comes from the biggest brand of all. Coca-Cola aimed to completely redesign the way it markets its products through the One Brand strategy. The four product variants it has will fit in underneath the master brand, which has separate campaigns supporting it.

In practice, this meant that the Open Happiness tagline was replaced by Choose Happiness, which encouraged people to branch off into the various sub-campaigns and products. This structure is designed to give customers more choice, while clearly differentiating their products in a crowded marketplace.

This was used heavily in its TV advertising campaigns. And the data backs up that this was a smart decision because sales were up in its flagship European market, in all areas. On the other hand, main rival Pepsi saw their sales drop. It will take at least another year to judge whether the campaign has been a success, but early signs are positive.

So what can businesses learn from this?

This campaign has demonstrated that you don’t have to revolutionize your products in order to increase sales. Sometimes a simple facelift is all that’s needed.

People were shocked in Austin, Texas, this past year when users of Tinder were matched with ‘Ava’ a beautiful girl, during the SXSW festival. The girl then started to ask strange questions like “What makes you human?”

After a certain amount of time, Ava revealed herself as a robot by sending a link to her Instagram.

But what businesses should learn from this, is that controversy can sometimes work. Sometimes it can accomplish your goals, but you do have to do your research before it’s implemented. As long as it gets to the target without causing lasting damage, you have achieved something.

In Australia, Gumtree received a lot of free publicity recently. It happened because one of their users posted an ad about their “true blue” truck. They wanted to sell it, but they promoted it in an interesting way. The seller went crazy and described it as a truck that was “forged from samurai swords” and said it came with a winch that had the capabilities of “stopping the earth’s natural rotations”.

The truck ad quickly went viral and Gumtree even featured it themselves, because of the creativity. On a more practical note, the truck sold quickly at the asking price.

This is a particularly interesting campaign because it wasn’t of the company’s own making. It was something the company benefitted from, through the actions of one of its consumers. You may think that this is something that happens rarely, but it doesn’t.

The seller is what’s known as a brand ambassador. They promoted the company without being prompted. When you have a strong, loyal following of customers this will happen naturally. It’s why your marketing efforts should be targeted at building relationships with your target audience.

With the power of word of mouth marketing at your disposal, these relationships can take your company from good to great. It’s the most effective way of spreading the word about your business.

Figures show that sales are down across the entire chocolate snack market, and Kit Kat hasn’t managed to fight the trend. This organization has a difficult challenge because they are trying to increase sales in a market that’s in terminal decline.

This is where their Celebrate the Breaks campaign came in. Kit Kat spent £10 million in order to launch its campaign. It redesigned its wrapper, even though this wrapper had been in continuous usage for 80 years. They changed 100 million wrappers in order to depict how ordinary people spent their breaks.

They even started a YouTube marketing campaign, known as ‘YouTube my break’. To increase their leverage further, they brought in J. Walter Thompson to help support the brand. They pushed out content that was based around current events, and they succeeded with sales going up.

Where do we start here?

To begin with, it proves that a facelift can gain you a large amount of success even in a crowded market. This may mean changing long-held brand nuances in order to do it, though. Kit Kat has also demonstrated that video marketing is both the present and the future.

Finally, using brand ambassadors and current events together can do a lot to make your brand relevant. Even though an event may not be strictly connected to your niche, you can still form those connections.

These four campaigns from companies of various sizes, in different industries, demonstrate that the same marketing principles used by big companies can apply to even the smallest of companies.

Don’t be afraid to make major changes to your company’s image in order to promote sales.

Find out what your customers want and do something to grab their attention.

How will you grab the attentions of your customers today? 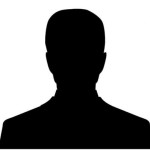 Working with the Seasons of Your AEC Business

Facing SEO Challenges as a Solopreneur: Everything You Need to Know