Video is a fantastic way of connecting with your audience. It’s grown in popularity in recent years as practically any device can stream videos uninterrupted. It’s a faster way of delivering content. Unbelievably, you don’t need a big advertising budget to present a decent video. Small businesses are able to create excellent videos and make the launch a success.

Launching a successful campaign begins at the start of the process. One wrong move can lead to a video flopping.

Here are ten tips for ensuring your next video meets the goals and expectations of your business.

Colorful content can easily overwhelm. Aim to have your video communicate one point and one message. Revolve your video around an overall call to action, which should be made clear at some point in the production. Don’t do anything until you have this message ready.

You don’t want people to misconstrue what you’re trying to say.

This should be obvious. Amateur videos are blatantly obvious. The public aren’t fools and they’ll see right through you.

Take note, this doesn’t mean spending thousands of dollars on a video. It simply means hiring the right professionals to shoot and edit your video. With services like Fiverr, it’s easier than ever, so you have no excuses.

Videos that tell a story are big currently. Turn on the TV and watch the commercials. Practically all of them tell some sort of a story. Traditional sales pitches make people switch off. An advertisement that looks like an advertisement will make people go elsewhere. They want to be entertained as much as they want to find out more about you.

Aftershave and perfume adverts often tell a little love story or a story of desire. Yes, you can execute it in thirty seconds or less.

People are busy. They don’t have time to mess around with a ten-minute documentary on your product or service. Life moves faster than ever before. Your video shouldn’t last any longer than a minute, in most cases.

Regular customers are more likely to spend more than a minute to view a video, but not a random person who knows nothing about you. Communicate a clear message in as little time as possible. Don’t think this works? Look at the success of Vine marketing, where videos are no longer than six seconds.

Controversy doesn’t have to mean insulting someone. All it means is address something in a way that gets people talking. These works better in some industries than others. Focusing on current talking points in wider society is a good way of doing things.

Likewise, if you’re performing a product demonstration, it’s a good idea to make the demonstration relevant to the world of today. Don’t be general. Be specific. A video should concentrate on short-term results. You’re here to make money.

Your video title has to entice people to watch. Calling a shovel a shovel isn’t going to work. You need to urge people on why they need to watch now. Don’t see the title as a chance to stuff lots of keywords in or to add to your video description. The video title is your first chance to stand out in a sea of other content pieces.

Keywords aren’t as important as reach. If your keywords don’t fit naturally, leave them out. You’ll get far better results by enticing and encouraging people.

Many businesses make the mistake of just putting their videos on YouTube. This is a mistake for a number of reasons, such as:

The best SEO tool you have is social media. The old ways of SEO are gone. Forget keywords, backlinks, and other such methods. A well-received promotion on Facebook will do far more for your brand than any of these archaic SEO methods.

Come up with a comprehensive social media promotion plan for your new video. Spread the word to your friends and build up a network of people who can share your video en masse. That’s how things go viral

What is each potential customer going to do when they’ve watched your video?

You want them to go somewhere and you have to direct them. An extra viewer accomplishes nothing. You have to bridge them into an actual sale, or a query, or a quote, or whatever you want them to do. The firm call to action at the end of the video should be blatant, even if it’s some words on a screen. Tell people what to do next. Command them.

#10. Supercharge Your Next Video

Finally, we have a tip to help you supercharge your next set video. Tell people you’re making another video in the video you’ve recently done. It’s a common tactic, and it doesn’t have to be as blatant as you think. Let’s go through it.

An advert may tell a story using characters or a certain scenario. This advert should end on a cliff-hanger of some sort, whilst still advertising the product. Viewers want to find out what happens next, so they’ll watch the next video just for this reason.

The best way to build a brand is to give people a reason to keep coming back. Advertisers have been doing this for years.

Videos can make you into a success, but they’ll never bulk up a waning brand. Make sure you coordinate your viewing content with your image and text-based content. You’re selling the whole business package, not just your videos. You’re not in the business of entertainment. You’re in the business of taking people from a video to a product or service.

Always keep the big picture in mind when preparing your next video launch. 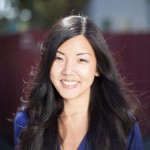