Logos are often as important to the renown of a product as the product itself, becoming visual shorthand to the customer. The best logos become a piece of the culture and take a life of its own. Here are some of the best, most inspiring logos.

This logo can easily be labeled the greatest of all time to the point where the logo itself is a product. The font evokes a feeling of the late 19th century of which Coca-Cola started, giving a sense of nostalgia to the brand as if it were American history as much as soda. However, the strongest aspect of the logo might be that red color.

Where Coca-Cola rules by common color, Nike rules by singular shape.  The logo was designed off the wings of the Greek goddess of victory the company named itself after. The Nike swoosh is a simple shape that nonetheless is unique enough that they don’t even need to display its name anymore. It is a fairly simple logo which is usually the best kind of logo.  The swoosh gives a sense of speed and movement despite never leaving whatever canvas it was printed on. This logo’s greatness comes from an effective evocation of the product’s appeal in a simple, wordless design.

While Disney employs a number of logos (the classic font logo, Sleeping Beauty’s castle), it’s the Mouse Ears that take the cake. The featureless silhouette of Mickey Mouse might take the “simple yet unique” crown with three black circles stuck together. Evoking their universally loved flagship character, Disney found the perfect symbol of their business: iconic, beloved, and mercilessly marketed. From plastic hats to pancakes, the Mouse Ears are a commercial juggernaut and the bane of any parent’s wallet. The simplicity of the design gives the company a truckload of potential for merchandising.

The Golden Arches have gone through some variations through the years. The company has played with red backgrounds, “I’m lovin’ it” catchphrases, the company name, and even a smile. However, the true iconography has basically stayed true. These days, McDonald’s is confident enough to let the arches be arches. The gold/yellow color reminds customers of the company’s products: the fries, the buns, the cheese, and the mustard. The rounded design is a warm and inviting gateway to the comfort food that’s become a double-edged piece of Americana.

Like a real fruit, this logo’s colors have changed with age. At first, Apple’s logo had a rainbow pattern to illustrate the computer’s color palette. Later, the logo turned white to adopt the rest of the company’s sterile 2001 aesthetic. However, the logo’s distinct shape has remained consistent from its birth to resurgence (with only a bite in its evolution). Whether Eve or Isaac Newton comes to mind, the apple is an elemental symbol of knowledge and growth that highlights Apple’s nature.

Where the Benz might be common in Germany, it is luxury in America. Its logo, the three-pointed star, is a symbol of class and quality. The star gives a classic, cool feel that fits proudly on the front of a hood. The silver/grey color gives a tasteful elegance to the product. Again, a design of simplicity and uniqueness has brought this company a logo that’s timelessly iconic.

While only slightly behind Nike in recognition, Adidas manages to tip their rivals in one special way. With the three-stripe design, Adidas incorporated their logo into the actual structure of their merchandise. Adidas has colonized the visuals for exercise pants. A person can’t even think about exercise gear without the three-stripe design. Adidas is a classic example of logo design permeating through a company’s product and building an iconography.

The MTV logo might be something of a misnomer on this list. Most of the other logos on this list have a timeless quality to them. MTV’s logo (the block “M” while “TV” looks less like a font and more like graffiti) looks distinctly of the early 80’s. However, it feels like a time capsule for the early pioneer of cable with a flair of edgy-but-not-too-edgy rock flavor. The logo also has a adaptability to it that makes it customizable to the whims of the moment. The MTV logo is an anomaly that manages to grab iconic status from the jaws of dated design.

Where MTV evokes the 80’s, the Warner Bros Shield evokes a time of classic Hollywood. The gold and blue coloring brings a sense of nostalgia and American royalty like Coca-Cola However, when needed, the logo has proved to be versatile like MTV’s, ready for color customization if a movie’s aesthetic requires. Still, whether painted in Suicide Squad pastels or just a nice spot for Bugs Bunny to jump from behind, the shield is a regal symbol of timeless Tinseltown magic.

Of the three classic networks, it is NBC that has truly branded its network through an easily recognizable and colorful logo. While the NBC peacock stretches the law of simplicity a tad, it makes up for it in unique style. The rainbow flavored fowl has a warm and inviting feel to it while the peacock itself occupies a deceptively simple negative space. NBC’s branding of a colorful fowl also hearkens to its most beloved and iconic tradition: the Macy’s Thanksgiving Day Parade. Just seeing it on a billboard can arouse fond memories of It’s a Wonderful Life, Seinfeld, or Katie Couric. The NBC peacock is a radiant display of American TV legend.

The best logos often follow a pattern of being simple in design but unique in creativity. Their beauty comes by evoking an elemental sense in the customer either through shapes or color. They are often ambassadors of the time in which they were formed, serving as a quiet chairman emeritus to the generations afterwards. It is their iconic look that drives the product into cultural landmark. Without a logo’s distinctive and timeless branding, would anything ever be as “American as Coca Cola?” 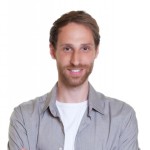 Tips For Using Fonts In Typography