What would you do in your first 100 days?

In a recent interview with MLab, Eric Schmit (CEO of Google) was asked to imagine taking over a more ‘traditional’ company and given that situation – ‘What would you do in your first 100 days?’ He responded by saying that he would start by determining the answers to the following three key questions:

Schmit also went on to stress how important it was to honestly answer these three questions for yourself, as the people you work with won’t tell you, more often than not because they simply don’t know. But are Schmit’s three questions applicable to all transitions? Or are they just particular to his own experience / style?

Last year I had the opportunity to interview 12 ‘C Level’ executives and ask them how leaders – in practice – manage the first 100 day days or transition to their new role, the first question asked to each was:

What do you see as the three key steps to establishing your position as a new leader in a new role?

A number of common themes emerged from the twelve interviews, namely:

It was interesting to note that the same answers came up time and time again, even though there was quite a diverse control group.

Also asked a number of other ‘open’ questions in order to try and understand the steps above in a little more detail and also develop a ‘practitioners approach’ and I’ll review those in the next post, but what about you? Do you agree with the steps above? Or are there others that you think need to be added?

Note: While this post can be read standalone, it is the third part of a ‘Transitional Theme’ and Part II can be found here 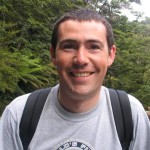